The streaks to continue or end in Belgrade?

On Saturday night, Partizan NIS will be hosting Krka in Aleksandar Nikolić Hall in Belgrade and the home fans will not be expecting anything else than a new victory of their black and white squad. However, Krka have different plans. 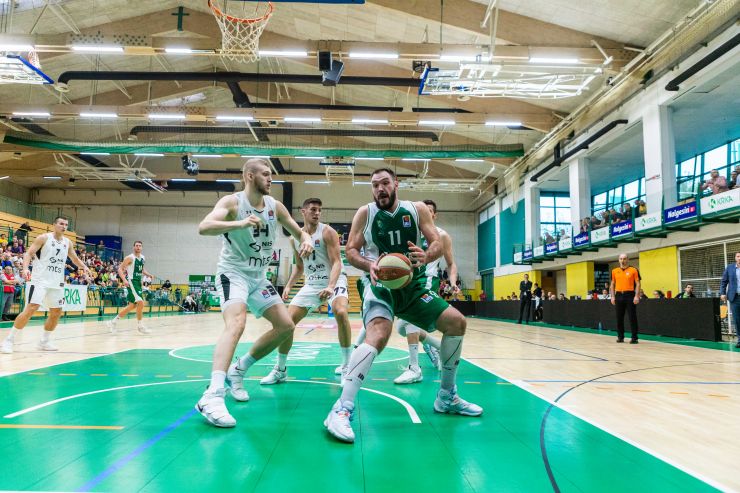 Story of the game: In one of the big games of the 15th round of the ABA League season, Partizan NIS will be hosting Krka in Aleksandar Nikolić Hall in Belgrade on Saturday night. Historically speaking, the clashes of those two sides have always been interesting and we expect nothing less than that this time as well.

Partizan NIS, which have been playing in excellent shape lately and are battling for a spot in the Playoffs zone, have won four out of their last five games and last two in a row as well. On the other hand, Krka have won only one of their last five and lost two in a row. But… their last win came against no other than the reigning champions of Budućnost VOLI, which indicates that they are capable of doing great things.

And they have been doing it in Belgrade in the past as well. They have upset Partizan NIS twice so far on the road in Belgrade. And they hope to do it again this season. Can they do it?

Match-up in focus: Perhaps the main emphasis will be on the battle of Vanja Marinković of Partizan NIS and Luka Lapornik of Krka. While Marinković is currently the second-best scorer on the roster of Partizan NIS with 13.8 points scored per game, Lapornik is at the first place in the ranks of Krka with 12.5. Lapornik has also been thrilling the fans this season by adding 4.3 rebounds and 3.3 assists per game to his stats. Who will prevail this time?