Can FMP become the first to upset Zvezda?

In Belgrade, Crvena zvezda mts will be hosting FMP in the 16th round of the ABA League season. Can FMP make an upset and score a valuable victory against the red and white? 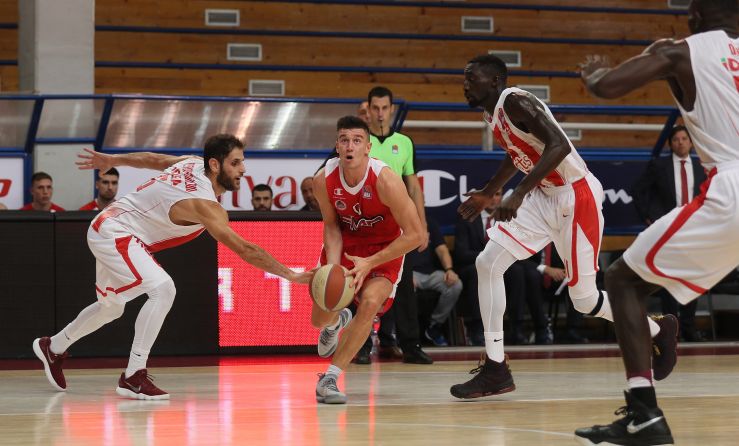 Story of the game: It will be an interesting game in Belgrade, where experienced and quality-packed Crvena zvezda mts will be hosting young and talented FMP squad. The red and white still haven’t suffered a single defeat this season in the ABA League and FMP will try their best to score a valuable win against the local rivals.

Zvezda of course have no intention to slip for the first time this season, while FMP need to win in order to end their 2-games-long winless streak and to stay safely in the middle of the ABA League standings. A defeat could bring them dangerously close to the danger zone at the bottom of the standings after 16 rounds.

And what does the tradition say? Crvena zvezda mts have been more successful in the mutual encounters of the both teams so far in the regional competition history, winning 13 out of their 21 games. At home court, they have won 7 out of 10 against FMP.