Crvena zvezda mts the first to reach the Finals

In the decisive third game of the Semi-final series, Crvena zvezda mts have used their home court advantage to prevail over Partizan NIS and Qualify for the ABA League Finals with 2:1 score in the series. 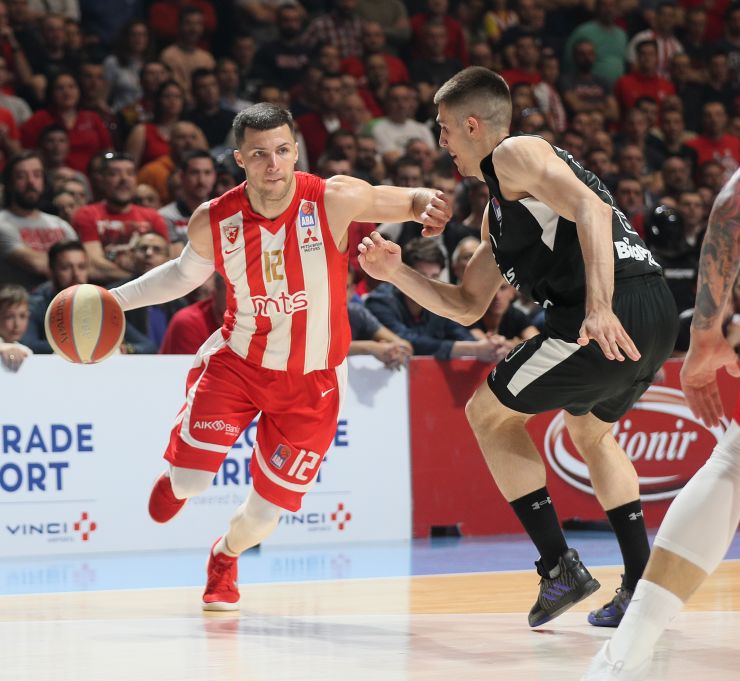 Game recap: Crvena zvezda mts are the first finalists of the 2018/19 ABA League season. This is now clear, as they have defeated Partizan NIS at home court in Aleksandar Nikolić Hall in front of packed stands, full of their red and white fans. Zvezda have been in front throughout the game and have beaten their eternal rivals fully deservedly, winning the semi-final series with the score of 2:1.

Key moments: Crvena zvezda mts needed only six minutes to create themselves a double-digit lead and in the seventh minute of the game, they were already up with the score of 15:3, as Ognjen Dobrić and Billy Baron led the way in scoring with 5 points scored apiece so far. As it turned out, this was the key for the final outcome of the game and the glorious victory by the red and white, as the black and white were stunned after a shocking beginning and did not manage to return into the battle for the victory anymore until the very end.

Man of the match: Stratos Perperoglou might not have played much in this game, but he sure led the way for Crvena zvezda mts towards the victory, as he scored 18 points to top their scorers list, while adding a rebound and steal apiece to his stats. With his valuation of 12 he is our man of the match!