The first ever Game 5 in the ABA League Finals

One game, one trophy. Who is going to win it? 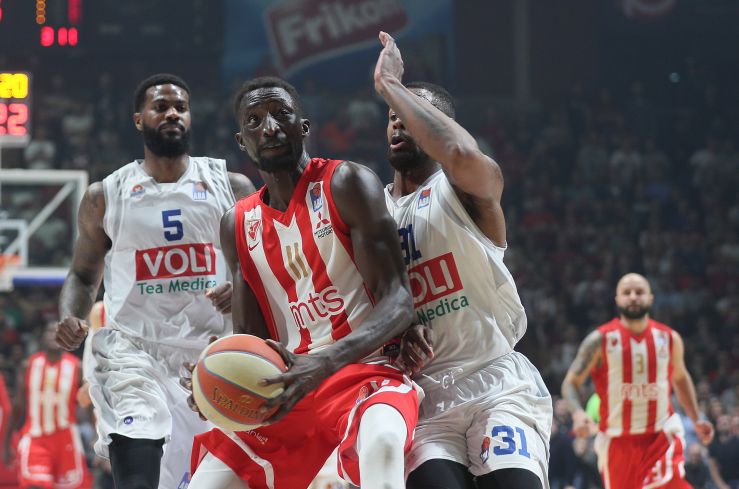 Crvena zvezda mts and Budućnost VOLI have already written a new chapter in the regional league history as for the first time ever we are heading toward decisive Game 5 of the ABA League Finals.

Still, looking at the entire Playoffs history of the regional league, there was one series that was ended in Game 5. It was the Semi-Finals of the 2014/15 season and one of the participants was Budućnost VOLI! Back then the Podgorica side were up by 2-0 against Cedevita, but then they lost three consecutive games and suffered a shocking elimination – 2-3. What is also interesting about this series is that Cedevita’s head coach back then was no other than Jasmin Repeša, the current head coach of Budućnost VOLI. Nemanja Gordić was also part of Cedevita's team who pulled off that incredible comeback 4 years ago.

The following game will be played in Belgrade, in packed Aleksandar Nikolić Hall, which means that the stands will be filled with Crvena zvezda mts fans. And it is interesting to mention that for the first time in the ABA Playoffs history the red & whites will have the chance to win the trophy in front of their crowd. Crvena zvezda mts have won each of the previous 3 regional titles on the away courts.

On the other side, Budućnost VOLI have won 1 championship so far and they won the crucial game in that series at home court, so if they prevail in the upcoming match it will their first time to celebrate the title on the away court.

Everything now stands in that one game. And whoever wins it will become the 2018/19 ABA League champion.