Whan an ending in Laktaši! 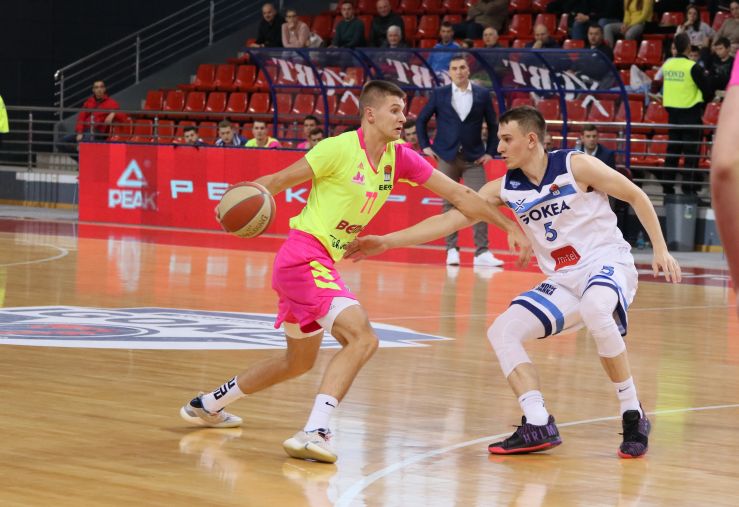 Game recap: After that unbelievable game between Mornar and Budućnost VOLI, we just witnessed another ABA League spectacle this weekend. Mega Bemax defeated Igokea on the road thanks to Blaž Mesiček who scored the game-winning 3-pointer in the dying seconds of the 4th quarter. The boys from Belgrade have therefore broken their 5-game losing streak and have escaped the relegation zone.

Mega Bemax now have the overall score of 2-7, while Igokea are at 1-8.

Key moments: The two teams were all tied at 69:69, while Mega Bemax had the last ball-possession. The original plan of the visitors was to give the ball to their captain Edin Atić, so he could be the one to make the last shot. Atić took the ball, but his drive inside the paint was unsuccessful, so he had to make a pass… Edin Atić passed the ball to his teammate Blaž Mesiček who pulled up for a 3-pointer… And he SCORED! Mega Bemax won the match by 72:69!

Man of the match: It would be unfair to give this award to anyone else than Blaž Mesiček. He did not have the highest index rating in the winning team, but he made the shot that brought the win to Mega Bemax.

Can’t trick the stats: It was that one shot that made the difference in this match. Blaž Mesiček made it and that is the most important thing you will find in the stats sheet.