We have the second monthly MVP of the 2019/20 season. It is Filip Bundović of Cibona. 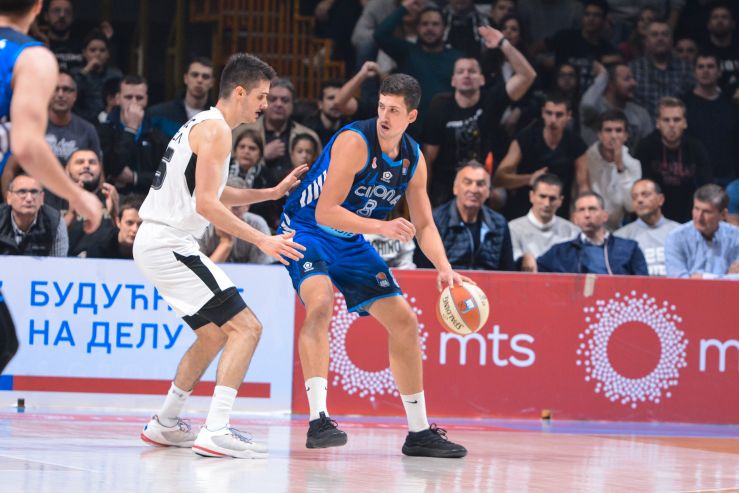 Filip Bundović has proven, throughout the month of November, his dominance at the ABA League courts wherever he has appeared and besides the fact that he finished the month amongst statistically the most efficient players, he deserved himself the award with his contribution to the team's success – Cibona have won two of their four games last month and established themselves a desired position in the middle of the ABA League standings.

The excellent big man in the ranks of the Zagreb squad averaged 19.3 points, 4.8 rebounds, 0.8 assists and a valuation of 23.3 during the games of Cibona, which puts him on the first place in the rankings in valuation and points scored in the ABA League during the month of November.

Takin a look back onto the month of November, Bundović is happy that his team has been winning when it mattered the most: “I am truly glad to have become the MVP of the month in the ABA League. We have faced two teams that compete to win the ABA League trophy this season. We have been close to defeating Crvena zvezda mts, but did not succeed. Afterwards we faced Krka and Mega Bemax in important games and managed to win both, which gave us self-confidence for the remainder of the competition.”

But what about his contribution? “I believe that I have played well in all of our important games, but I could not have done it without my teammates,” Bundović does not forget to add the tribute to his teammates that make him look better in the court.

The beginning of the season was not just the way he had expected himself to look like, but Bundović is slowly starting to shaw what he is capable of: “This is my second season in the ABA League. Last season Cibona gave me an opportunity to play in this competition and I am grateful for it. At the start of the season I haven’t played really well, since I have missed the second part of the training camp due to injury, but now I believe that I have caught the right rhythm and I hope to play as well as possible in the following games.”

After Cibona went on a winless streak at the beginning of the season, they are raising the level of their performances now from round to round. How did Filip see the season so far?

“We haven’t been playing that poorly at the start of the season, but we did not have luck in some of the games, which we perhaps could have won. We are demonstrating better performances from game to game and after these two wins we are going to try to win as many games as possible and to avoid relegation from the competition,” the Cibona big man concluded.

Check out some of the highlights of Filip Bundović's performances during the month of November: