What a game in Novo mesto! 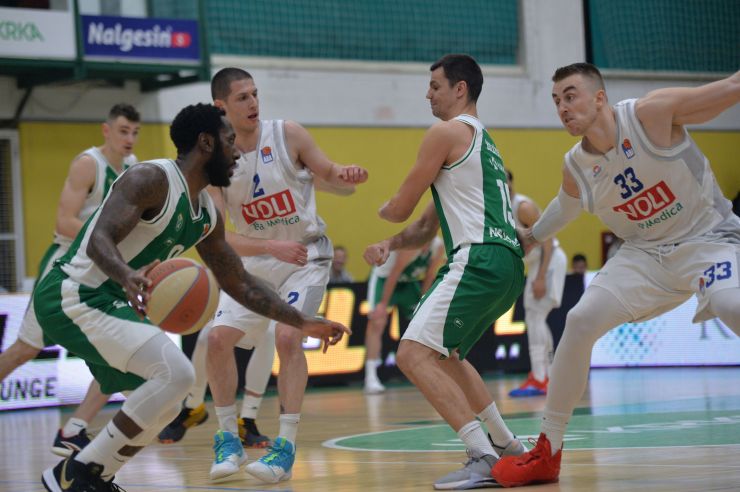 Game recap: What a season we are having here in the ABA League! We’ve just witnessed another unbelievable match in which Krka defeated Budućnost VOLI in Novo mesto. The hero of the day was Krka's point guard Glenn Cosey who scored the game-winning 3-pointer on 3 seconds before the end of the match for 73:72.

Krka now have the overall score of 6-9, while Budućnost VOLI, who may lose the top spot on the standings due to this defeat, dropped to 11-4.

Key moments: Budućnost VOLI had the win in their pockets. They were up by 71:70, while their today’s top scorer Justin Cobbs had two free throws on 14 seconds before the end of the match. Cobbs made the first one for 72:70, but he missed the second free throw and Krka's squad made the defensive rebound. The home side immediatelly gave the ball to their top scorer Glenn Cosey, while the American point guard pulled up for a 3-pointer with just 3 seconds remaning on the game clock... And HE MADE THE SHOT – 73:72!

Budućnost VOLI called for a time-out and their idea was to pass the ball to Hassan Martin close to the rim. Martin received the ball and managed to find a way to make a shot, but he missed the 2-pointer at the buzzer from a close range.

Man of the match: There is absolutely no doubt here. Glenn Cosey is the MVP! Krka’s point guard scored 21 points, including 5 three-pointers out which the last one decided the winner. And did we tell you that Cosey is currently the best 3-point shooter in the league with 52 three-pointers made in the 2019/20 season?