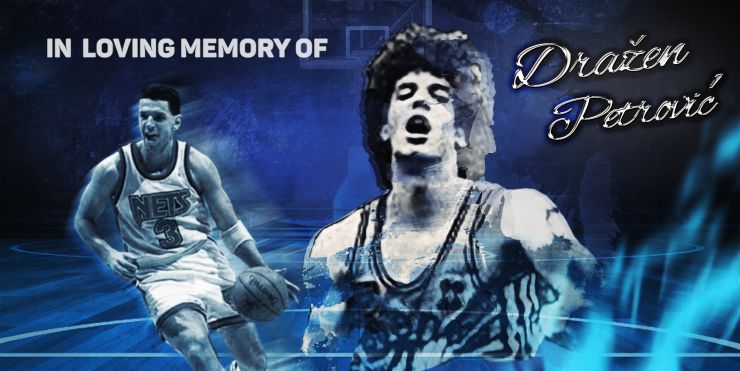 In Šibenik, 53 years ago from today, the Mozart of basketball, as Dražen Petrović was often refereed as, was born. A kid that amused everyone that got in touch with him with his passion for the beautiful game of basketball, his everlasting motivation and working ethic… which have combined inevitably had to lead the youngster towards the stars and the fulfilment of his dreams – to become the best of all.

There is no need spend too much time wrighting about Dražen Petrović's fantastic achievements, which are well known to every true basketball fan on the planet. As a 19-year old kid, he took his hometown club šibenka to the finals of Radivoj Korać Cup and Jugoslavian National Championship, the one that he managed to conquer two years later with Cibona, that he took also to the European club basketball throne.

Dražen played his last ever game on 6 of June with Croatia national team against Slovenia in Poland, before the tragical accident occurred on his way home, on the motorway in Germany. More than 24 years have passed since then, but his spirit is indeed still alive. Basketball fans still happily remember the glory days of his Cibona, Yugoslavia and Croatia national team and he is still the biggest inspiration of all for the younger generations of basketball fanatics in our region.