Mega Bemax clinch a thrilling away win against Igokea at the start of the new ABA League season. 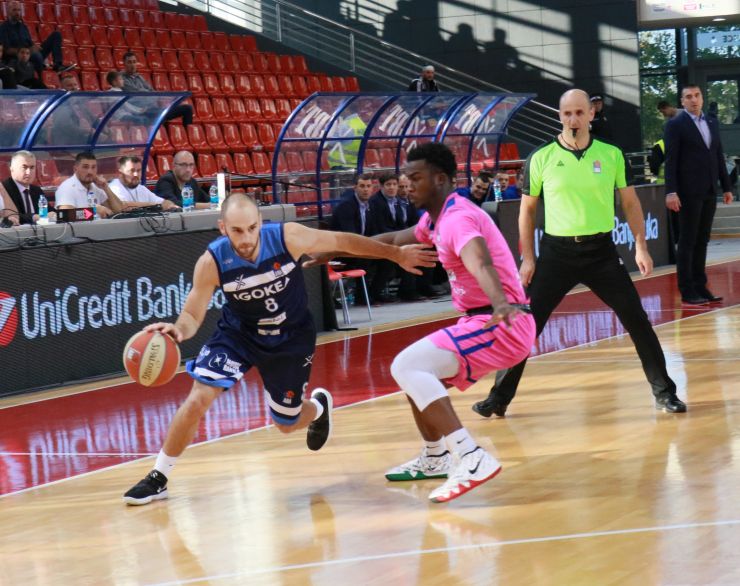 Game recap: The absolute champions of ABA League thrillers are back in action! Of course, we are talking about Mega Bemax crew who were involved in another super exciting game. And, at the end, the boys from Sremska Mitrovica were victorious, as they defeated Igokea on the road – 80:79.

Key moments: Mega Bemax have been in front during the whole game, but they almost lost everything in the final moments. After Igokea’s point guard Jimmy Gavin scored a 3-pointer on 4 seconds before the end, he reduced the gap to just 1 point – 80:79. The home side immediately made a foul on Kostja Mushidi, so Mega’s youngster had 2 free-throws on the other end of the court. And he missed both of them!

Still, in the remaining time, Igokea’s captain Vuk Radivojević picked up a defensive rebound, but his half court 3-point attempt was too short and the score remained the same.

Man of the match: Goga Bitadze has showed already in the first round that this might be his season. Mega Bemax starting center scored 24 points, he also had 12 rebounds, while his overall index rating was 29.

Can’t trick the stats: Check this out – Mega Bemax had 19 rebounds more than Igokea this evening! The away team had 46 rebounds, while the home side had 27. That’s just a huge gap.

Match: Igokea m:tel - Mega MIS
Join thousands of ABA League fans in our digital community by liking us on Facebook, following us on Twitter or Instagram and subscribing to our YouTube channel.
If you like this and our other articles, make sure to sign up for the ABA League newsletter. You will be notified regarding all important news and updates on the ABA League via e-mail.
Social Media
Tweets by ABA_League