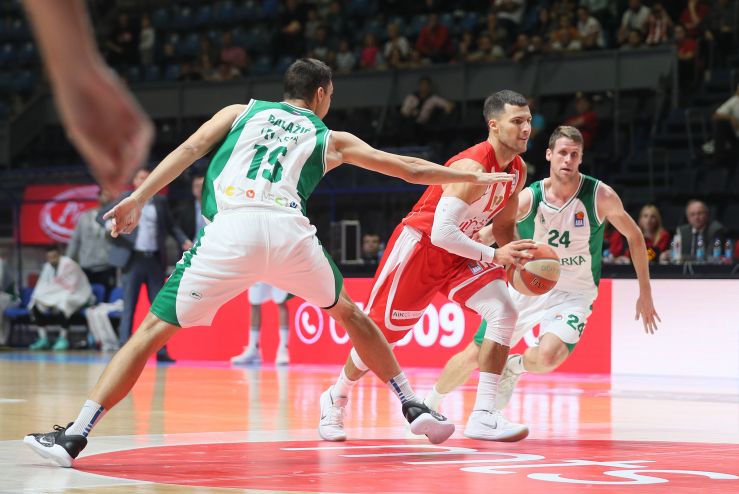 Game recap: Crvena zvezda mts have defeated Krka in the opening match of the 2018/19 ABA League Round 3 and have therefore kept the perfect score in the regular season. The red & whites had the full control over this game from the start till the end and they left visitors no chance this evening in Belgrade.

Key moments: In the 3rd quarter, Krka managed to reduce the lead of Crvena zvezda to a single-digit - 53:44, however the hosts answered back with a 7:0 run and escaped to 60:44. Zvezda have kept the double-digit lead until the end.

Man of the match: Young center Dušan Ristić had the highest valuation in the winning side! He scored 10 points and had 6 rebounds, while his overall index rating was 15.

Can't trick the stats: You will not find some major difference between the two teams if you look at the stats. Zvezda were simply better than Krka this evening. That's it.

Match: Crvena zvezda mts - Krka
Join thousands of ABA League fans in our digital community by liking us on Facebook, following us on Twitter or Instagram and subscribing to our YouTube channel.
If you like this and our other articles, make sure to sign up for the ABA League newsletter. You will be notified regarding all important news and updates on the ABA League via e-mail.
Social Media
Tweets by ABA_League