After last round’s defeat, FMP have bounced back with a victory on home court against Cibona in the third round of the season. 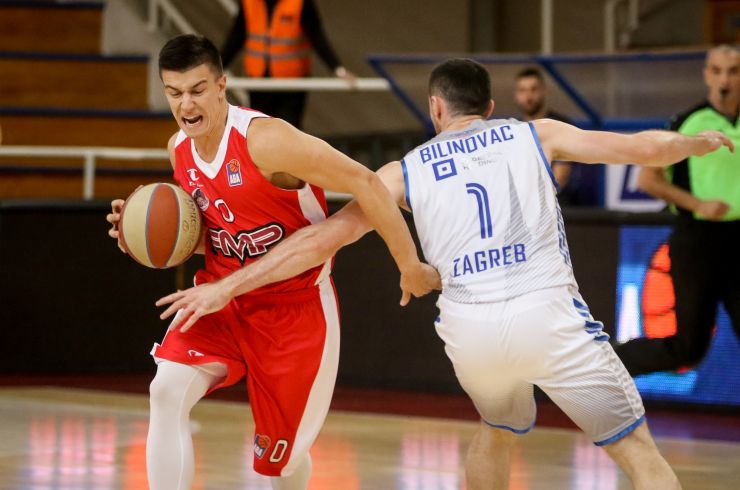 Game recap: After last round’s defeat, FMP have bounced back with a victory on home court against Cibona in the third round of the season. For the Panthers, this is the second win of the ABA League season, as they have beaten Cibona and Zadar so far, while the Wolves keep waiting for their first triumph of the 2018/19 ABA League season.

Key moments: Even though FMP were up by 14 points already midway through the third quarter, they have in the end needed overtime to celebrate a victory. With less than 2 minutes remaining in the extra period Aleksandar Bursać stepped up with a three-pointer to take his team into a 86:84 lead. On the other side Marić missed and Apić increased the lead on the other end to 4 points. There was no chance of return for Cibona at this point.

Man of the match: Dragan Apić simply shined this time around for FMP. He scored 25 points, while adding 6 rebounds and a steal, which was enough for the game high valuation of 31. He is our man of the match.

Can't trick the stats: FMP were simply dominant on the glass. They had 40 rebounds, while Cibona collected only 31. That’s what helped them hugely in grabbing the win on Saturday night.

FMP MeridianMatch: FMP Meridian - CibonaCibonaDragan ApićAleksandar Bursać
Join thousands of ABA League fans in our digital community by liking us on Facebook, following us on Twitter or Instagram and subscribing to our YouTube channel.
If you like this and our other articles, make sure to sign up for the ABA League newsletter. You will be notified regarding all important news and updates on the ABA League via e-mail.
Social Media
Tweets by ABA_League