The reigning ABA League champions grab a valuable road win in the 3rd round of the 2018/19 regular season. 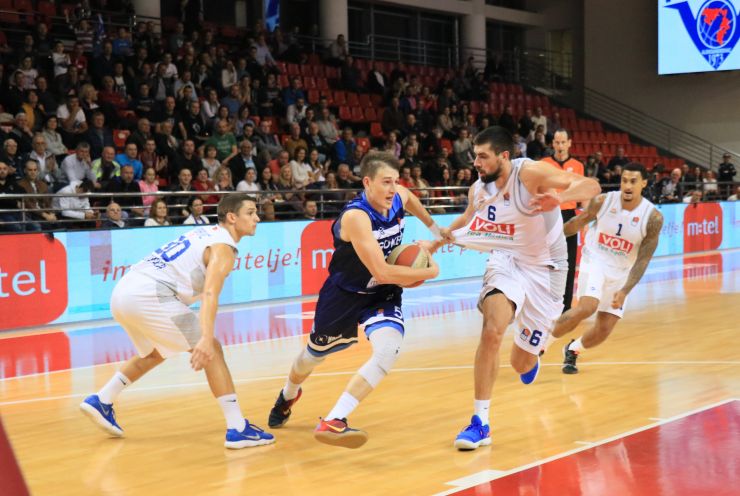 Game recap: Once again Budućnost VOLI had a tough job against Igokea in Laktaši, but this time the reigning ABA League champions prevailed at the end. The Blue squad had enough concentration at the end to prevent the big comeback of the home team in the last minutes and to score the 2nd win in the new season.

Key moments: It seemed all over when Budućnost VOLI escaped to +12 lead at the start of the 4th quarter – 73:61. However, led by Tomislav Zubčić, who finished the match with 32 points, Igokea reduced the gap to just 2 points – 75:73. Unfortunately for the home side, then Nemanja Gordić hit a difficult 2-point jumper, while couple of moments later Coty Clarke made both free throws and Budućnost VOLI returned to a safe distance.

Man of the match: Coty Clarke has finally showed his full potential. Budućnost VOLI forward scored 19 points, including 5 three-pointers, while his overall index rating was 17.

Can’t trick the stats: Budućnost VOLI had a really good shooting night, as they scored no less than 12 three-pointers in this game. Those shots made difference tonight.

Match: Igokea m:tel - Budućnost VOLI
Join thousands of ABA League fans in our digital community by liking us on Facebook, following us on Twitter or Instagram and subscribing to our YouTube channel.
If you like this and our other articles, make sure to sign up for the ABA League newsletter. You will be notified regarding all important news and updates on the ABA League via e-mail.
Social Media
Tweets by ABA_League