On the road in Zadar, Mornar have grabbed their second win of the season! Zadar remain winless after four rounds. 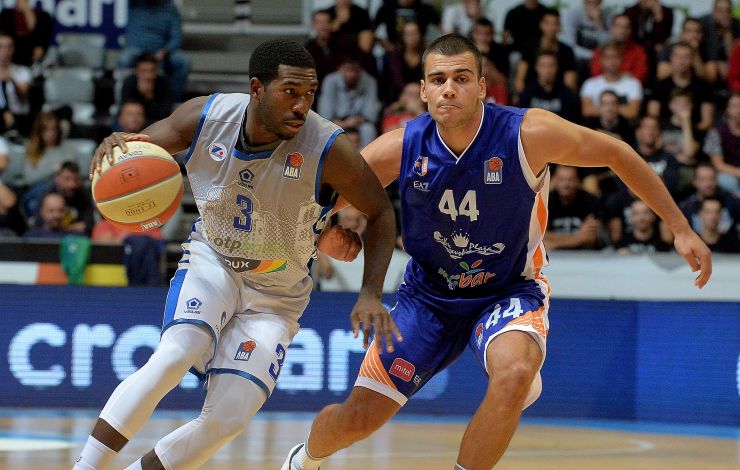 Game recap: In the opening game of the Sunday’s ABA League schedule, Mornar have grabbed their second consecutive ABA League victory and second overall this season. They are now positioned in the middle of the standings with a 2-2 record. On the other hand, Zadar have been defeated for the fourth time at the beginning of this season and will be positioned straight at the bottom of the ABA League standings when round 4 finishes.

Key moments: With six and a half minutes left in the game, the difference between the two sides was only 3 points (71:74) and everything was still open. That’s when Mornar squad stepped up with an 13:0 run over the next three minutes. The score was 71:87 with a bit more than 3 mintues remaining in the game and everything was decided.

Man of the match: Uroš Luković of Mornar shined this time, leading his team to victory with 12 points, just as many rebounds, 5 blocks and a valuation of 31! He is our man of the match!

Match: Zadar - Mornar-Barsko zlatoZadarMornar-Barsko zlatoUroš Luković
Join thousands of ABA League fans in our digital community by liking us on Facebook, following us on Twitter or Instagram and subscribing to our YouTube channel.
If you like this and our other articles, make sure to sign up for the ABA League newsletter. You will be notified regarding all important news and updates on the ABA League via e-mail.
Social Media
Tweets by ABA_League