Big game is coming up in Sremska Mitrovica, as currently second placed Mega Bemax will be hosting Petrol Olimpija in the match of the fourth round of the ABA League season! 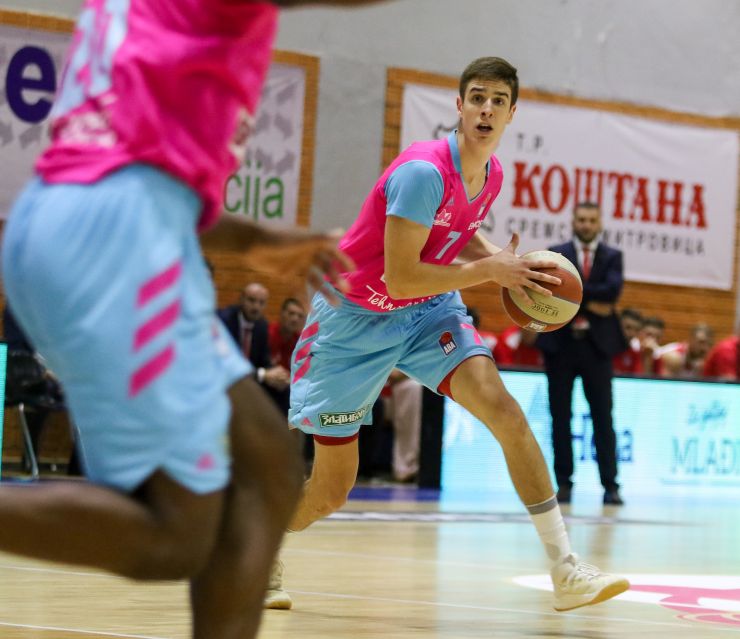 Story of the game: Two extremely intriguing squads will meet in Pinki Sports Hall in Sremska Mitrovica on Friday night, as young and talented Mega Bemax will be hosting another youthfull and talent-packed team – Petrol Olimpija of Ljubljana.

The evidence that we are not speaking only of talented, but also already quality-packed teams is the fact that they are currently occupying second and third place in the standings and their showdown will decide which one of them will remain in the very top.Mega Bemax are currently a place ahead, with the perfect record after three rounds, while Petrol Olimpija have lost one of the three games played so far.

As far as history is concerned, there are not evidences of any advantage for the home or away team. When Mega Bemax were hosts, Petrol Olimpija have so far won three out of their five clashes.

Match-up in focus: Perhaps the most interesting match-up will be the one between big men Goga Bitadze and Mirza Begić. The clash of 210 and 216 cm tall players may well be the one that would decide the outcome of the entire game. So far, Bitadze was the top scorer (18 ppg) and rebounder (10.7 rpg) of Mega Bemax, while Mirza Begić has been the second-best scorer (12.3 ppg) and top rebounder (8.3 rpg) of Petrol Olimpija. Will youth or experience prevail this time around?

Mirza BegićMatch: Mega MIS - Petrol OlimpijaGoga BitadzeMega MISPetrol Olimpija
Join thousands of ABA League fans in our digital community by liking us on Facebook, following us on Twitter or Instagram and subscribing to our YouTube channel.
If you like this and our other articles, make sure to sign up for the ABA League newsletter. You will be notified regarding all important news and updates on the ABA League via e-mail.
Social Media
Tweets by ABA_League