Cibona have beaten Petrol Olimpija in Ljubljana for the 6th consecutive time and they did it in the sweetest way – by beating the hosts after overtime thriller! 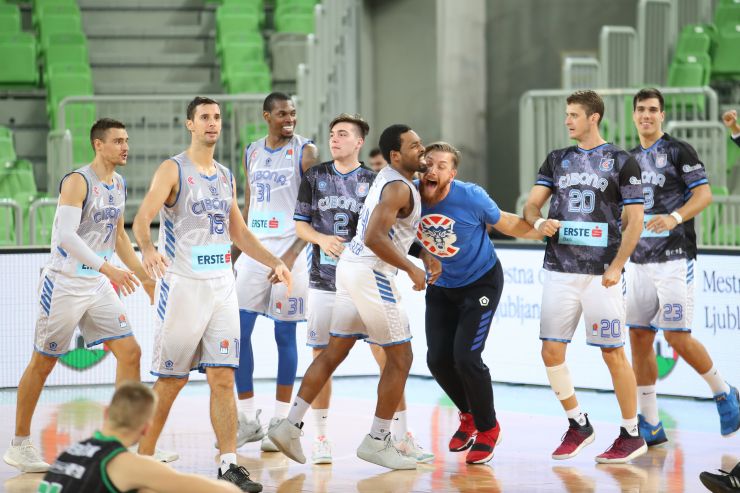 Game recap: Tradition goes on! Just like in the previous five games, Cibona have beaten Petrol Olimpija on the road in Ljubljana. And… just like last season, they did it in the thrilling finish, as Marko Ljubičić gave them the game winner in the dying seconds of overtime. This win puts Cibona right next to Olimpija in the standings, with two wins grabbed in five games so far.

Key moments: Petrol Olimpija led by 3 points with 10 seconds remaining in the regular part of the game and they had the ball posession. However, they made an offensive fould and received a 3-pointer in the final seconds to take them to overtime. In the overtime, the teams have exchanged their leads few times and Cibona came out on top in the end, thanks to Marko Ljubičić, who scored a game-winning layup with 4 seconds left.

Man of the match: Even though he ended the game on the bench because of foul trouble, Brandis Raley-Ross is the man of the match for Cibona. He had 20 points, 5 rebounds, just as many assists, 2 steals and a valuation of 26.

Can't trick the stats: Turnovers have been Petrol Olimpija's problem all season long and it has been no different in this game. They had 14, while Cibona had 7. If they lost one ball less, the story could have been completely different.

Marko LjubičićMatch: Petrol Olimpija - CibonaCibonaBrandis Raley-RossPetrol Olimpija
Join thousands of ABA League fans in our digital community by liking us on Facebook, following us on Twitter or Instagram and subscribing to our YouTube channel.
If you like this and our other articles, make sure to sign up for the ABA League newsletter. You will be notified regarding all important news and updates on the ABA League via e-mail.
Social Media
Tweets by ABA_League