In the opening game of the ABA League Round 6, Igokea will be hosting FMP at home in Laktaši Sports Hall. Can they repeat their game against Krka and win another one, or can FMP return back to the winning track? 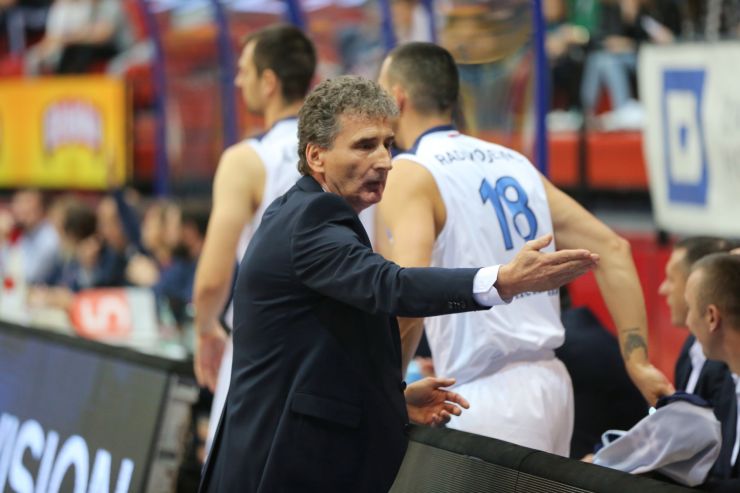 Story of the game: On Friday night, Igokea and FMP will be opening the ABA League Round 6 with their game in Laktaši. The memories of Igokea squad of the last Friday, when they have downed Krka convincingly at the home court is still fresh within the Nenad Trajković’s squad and they will to their best to repeat it and to get closer to the Playoffs zone and as far away from the danger zone at the bottom of the standings as possible.

On the other hand, FMP currently share the same position in the standings as Igokea, but they will be travelling to Laktaši after a defeat in the last round’s game against their city rivals Crvena zvezda mts. For sure, they will be looking to bounce back and score the win… that would mean basically the same for them, as for Igokea.

Match-up in focus: Experience against youth – Sava Lešić against Dragan Apić! The two big men have been shining lately for their teams and we need to wait and see which one would have a better game this time around. Both are the top scorers of their teams (Lešić is averaging 7.4 and Apić 5.8 rebounds per game), while Apić is also the top scorer of FMP (21.4 points per game), while Lešić comes second at Igokea’s side (16.4 points per game).

Sava LešićFMP MeridianMatch: Igokea m:tel - FMP MeridianDragan ApićIgokea m:tel
Join thousands of ABA League fans in our digital community by liking us on Facebook, following us on Twitter or Instagram and subscribing to our YouTube channel.
If you like this and our other articles, make sure to sign up for the ABA League newsletter. You will be notified regarding all important news and updates on the ABA League via e-mail.
Social Media
Tweets by ABA_League