The two sides approach this game in quite a different mood… 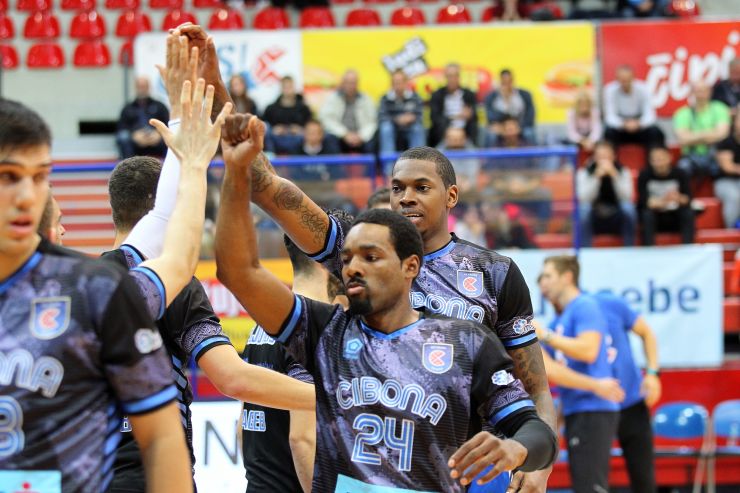 Story of the game: Sunday’s schedule brings us only 1 game this weekend, but that game should be very interesting. It’s Cibona vs. Mornar!

The two teams currently have the same score: 2 wins and 3 defeats, but they approach this match in quite a different mood. In Cibona’s locker room the atmosphere is certainly very positive after scoring two wins in a row in ABA League, while on the other side Mornar crew are certainly unheappy with their latest scores as they suffered 3 defeats in a row (1 in ABA League and 2 in EuroCup).

Still, that might mean nothing, because the games between these two teams are usually very thrilling. Especially the ones played in Zagreb. Two years ago Cibona triumphed by 91:89, while last season Mornar got the win – 82:79.

Match-up in focus: Marko Ljubičić was the hero of Cibona in the last two rounds, as he scored the game-winning shots in both games. But, this time Ljubičić will also need to be good defensively as he is about to face Antabia Waller, a fantastic scorer who is usually the 1st option in Mornar’s offensive plays. That should be a very interesting duel.

Match: Cibona - Mornar-Barsko zlato
Join thousands of ABA League fans in our digital community by liking us on Facebook, following us on Twitter or Instagram and subscribing to our YouTube channel.
If you like this and our other articles, make sure to sign up for the ABA League newsletter. You will be notified regarding all important news and updates on the ABA League via e-mail.
Social Media
Tweets by ABA_League