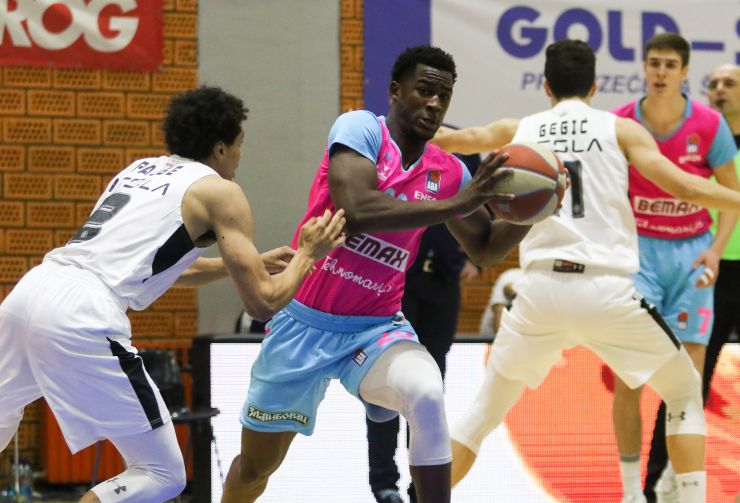 Game recap: The first ever foreign head coach in Partizan NIS history Andrea Trinchieri had a perfect debut as his team defeated Mega Bemax on the road in packed Sports Center Pinki in Sremska Mitrovica. Therefore, Partizan NIS became the first team in the ongoing season to beat Mega Bemax!
Also, the black whites have finally returned on the winning path after losing 6 consecutive games, counting ABA League and EuroCup.

Key moments: The visitors were a lot better at the start of the match and they won the opening quarter by 24:15. Partizan NIS even increased the gap to 17 points at the beginning of the 4th quarter – 74:57, but Mega Bemax then responded by making a 12:0 run and reduced their deficit 74:69. However, they could not get any closer as Bandja Sy scored the crucial 3-pointer for 77:69 after which Partizan NIS regained control over the match.

Man of the match: Now you see how much Rade Zagorac is important for Partizan NIS. When he was injured, the black & whites were losing, but now, when he is fully recovered, Zagorac was the key man for his team. He finished the match with 17 points and 7 rebounds.

Can’t trick the stats: Mega Bemax had just an awful shooting night. They made just 3 three-pointers out of 31 attempts… On top of that they also missed 12 free-throws.

Match: Mega MIS - Partizan Mozzart Bet
Join thousands of ABA League fans in our digital community by liking us on Facebook, following us on Twitter or Instagram and subscribing to our YouTube channel.
If you like this and our other articles, make sure to sign up for the ABA League newsletter. You will be notified regarding all important news and updates on the ABA League via e-mail.
Social Media
Tweets by ABA_League