At home in Belgrade, Dynamic VIP PAY have achieved a valuable win – against Spars in Ranko Žeravica Hall. 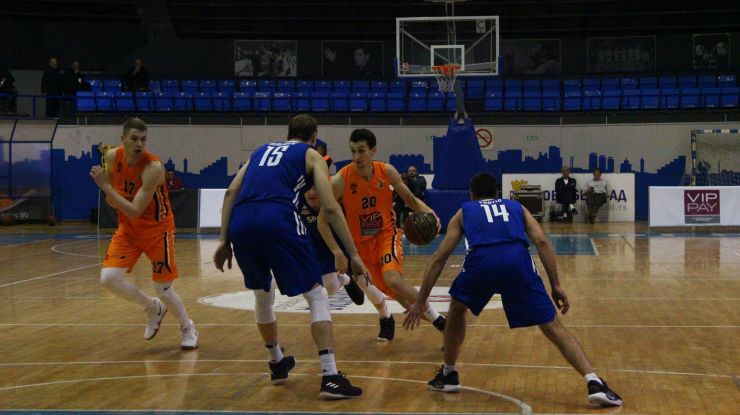 At home in Belgrade, Dynamic VIP PAY have achieved a valuable win – against Spars in Ranko Žeravica Hall. This is their fourth win of the season in seven rounds, which puts them on fifth place in the standings, just below the Playoffs zone! Spars are sharing the second place with Split and MZT Skopje Aerodrom with five wins after seven rounds.

Spars were very close to the victory in the regular playing time, as they were up by three points with several seconds left, but Dušan Beslać scored a three-pointer, which took the teams to overtime.

In the extra five minutes of the playing time, the hosts prevailed and celebrated a final 79:74 win.

Dušan BeslaćMatch: Dynamic VIP PAY - Spars IlidžaDynamic VIP PAYSpars Ilidža
Join thousands of ABA League fans in our digital community by liking us on Facebook, following us on Twitter or Instagram and subscribing to our YouTube channel.
If you like this and our other articles, make sure to sign up for the ABA League newsletter. You will be notified regarding all important news and updates on the ABA League via e-mail.
Social Media
Tweets by ABA_League