After seven rounds, Crvena zvezda mts will still stand on the top of the ABA League standings, with the perfect record, after they have beaten Petrol Olimpija on the road in Ljubljana. 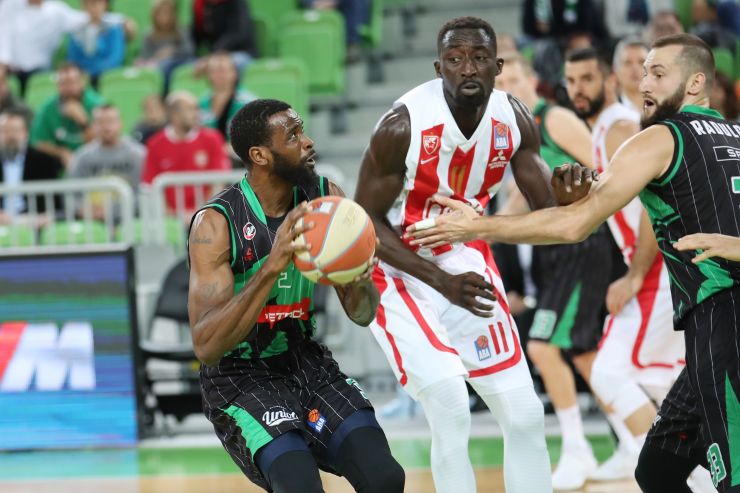 Game recap: Crvena zvezda mts remain the undisputed rulers of the ABA League this season, as they have beaten Petrol Olimpija on the road in Ljubljana, which keeps them alone at the top of the standings when the Round 7 will finish, with the perfeect record. The red and white were in front of the home side fort he majority of the game and are deservedly taking a pair of points home in Belgrade.

Key moments: After being down by 7 points at the halftime, Petrol Olimpija fought back at the beginning of the third quarter and cut the deficit to only 4 points (47:43) in 24th minute. However, Zvezda replied with a 9:1 run over the next 2 minutes and the score was 56:44 with 14 minutes remaining. The hosts did not manage to bounce back anymore ant the winners were decided.

Man of the match: Billy Baron led Zvezda towards the victory in Ljubljana with terrific display. He had 17 points, 6 assists, 2 steals and a valuation of 17 and is our man of the match.

Can't trick the stats: Crvena zveza mts were simply physically better than Petrol Olimpija. They won the rebounding battle 42:32 and this is what turned the game their way.

Crvena zvezda mtsMatch: Petrol Olimpija - Crvena zvezda mtsPetrol Olimpija
Join thousands of ABA League fans in our digital community by liking us on Facebook, following us on Twitter or Instagram and subscribing to our YouTube channel.
If you like this and our other articles, make sure to sign up for the ABA League newsletter. You will be notified regarding all important news and updates on the ABA League via e-mail.
Social Media
Tweets by ABA_League