Spars have beaten Sutjeska on the road in Nikšić and are now alone at the second place in the ABA League standings, after 9 rounds played. 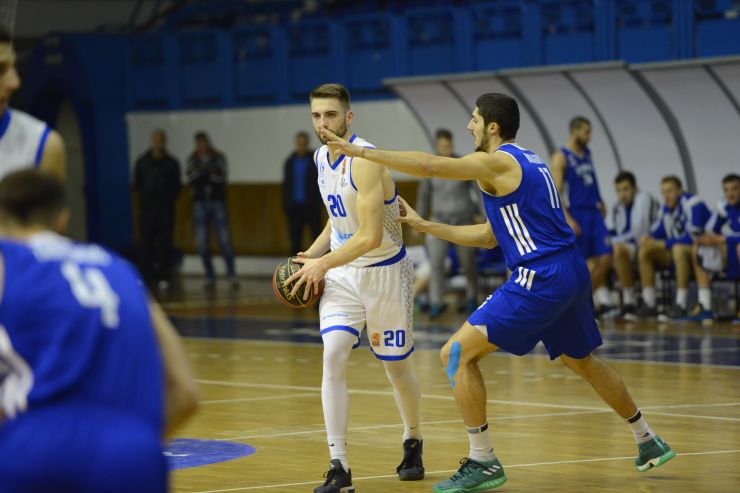 Spars have beaten Sutjeska on the road in Nikšić and are now alone at the second place in the ABA League standings, after 9 rounds played.

On the road in Nikšić, Spars have faced a tough challenge, as they were to face Sutjeska in the battle that could, in case of a victory, put them alone in the second place in the standings. However, the guests have proven themselves to be up to the task and have grabbed another important road win, their seventh of the season. Now they are placed behind only the leading Sixt Primorska in the standings.

At halftime, the teams were still tied at the score of 34:34, but the visiting team stepped up in the third quarter, when they have pulled away by winning the third quarter by 10 points (20:10). In the last period of the game, they have easily protected their advantage and have celebrated a win with the final score of 74:67.

Match: Sutjeska - Spars IlidžaSutjeskaSpars Ilidža
Join thousands of ABA League fans in our digital community by liking us on Facebook, following us on Twitter or Instagram and subscribing to our YouTube channel.
If you like this and our other articles, make sure to sign up for the ABA League newsletter. You will be notified regarding all important news and updates on the ABA League via e-mail.
Social Media
Tweets by ABA_League