In the opening game of the ABA League Round 9, Partizan NIS will be hosting Crvena zvezda mts in Aleksandar Nikolić Hall, Belgrade. 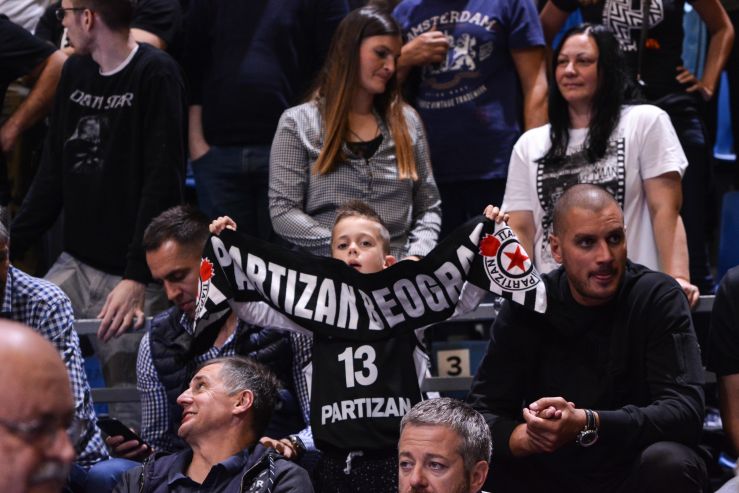 Story of the game: What an opening it will be to the ABA League Round 9! There will be no waiting for the match of the round – which will this time feature the eternal derby of the Belgrade city. Partizan NIS will be hosting Crvena zvezda mts!

All eyes will be set on the Aleksandar Nikolić Hall in Belgrade, as the two sides will battle for a new pair of points and just as we are used to from the derby games – there is almost impossible to predict the game’s outcome.

Currently, Zvezda are in a much better shape, not only from Partizan NIS, but also from any other team in the league, as they have won each and every one of their eight games played this season. On the other side, Partizan NIS which have lost their last game this season, are on a 4-4 record. But, in derbies, all such things are meaningless.

Match-up in focus: The main focus will be on a showdown of two guards that have been playing in fantastic shape lately. Vanja Marinković is leading Partizan NIS in scoring with 15.3 points scored per game in the ABA League. On the other side, Billy Baron is the top scorer of Crvena zvezda mts with 11.5 points scored per game.

Crvena zvezda mtsPartizan Mozzart BetVanja MarinkovićBilly Baron
Join thousands of ABA League fans in our digital community by liking us on Facebook, following us on Twitter or Instagram and subscribing to our YouTube channel.
If you like this and our other articles, make sure to sign up for the ABA League newsletter. You will be notified regarding all important news and updates on the ABA League via e-mail.
Social Media
Tweets by ABA_League