After five defeats in a row, Mornar have bounced back in the tenth round of the ABA League season, with a road win in Belgrade over FMP! 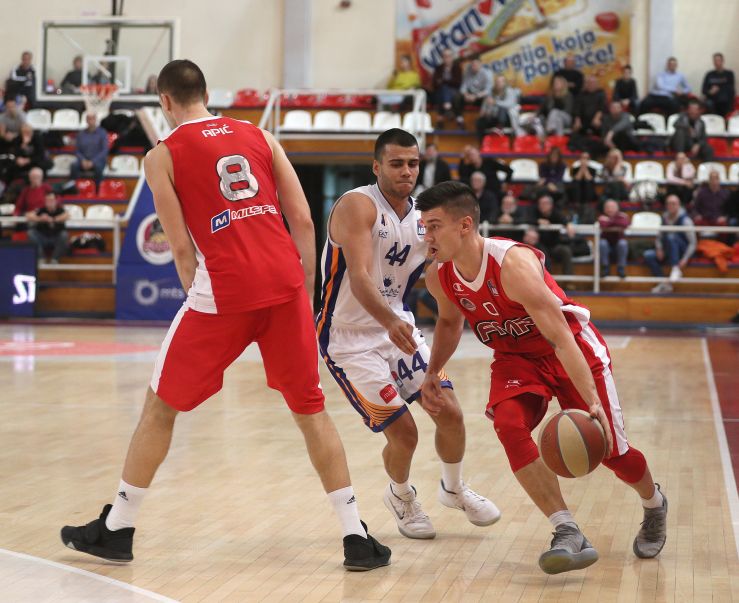 Game recap: After five defeats in a row, Mornar have bounced back in the tenth round of the ABA League season, with a road win in Belgrade over FMP! This means, that the Bar squad have grabbed their third win of the season and after 10 rounds played, they will not be alone anymore at the bottom of the standings. On the other side, FMP have suffered their third defeat in a row and they will be continuing the season with four triumphs, one more than Mornar.

Key moments: Mornar have made the key work in the opening quarter. After four minutes, FMP have still been in front by 3 points (11:8), but then a 12:0 run followed over the next 3 minutes, which put Mornar ahead with the score of 20:11. The hosts have tried hard, but they have never managed to get in front after this blow until the end.

However, FMP did manage to cut the gap to only 5 points with 2 minutes remaining, but who else but Nemanja Vranješ stepped up with a minute and 40 seconds remaining to score a 4-point play! By doing so, he put his team up 77:68 and a major comeback by the hosts was impossible, they ran out of time!

Man of the match: It may have seemed as a surprise for some, when they have seen him in the starting 5 of Mornar, but Nikola Rebić was the man for his team this time, as he had 16 points, 8 assists, 3 rebounds, 1 steal and a valuation of 27. He is our man of the match.

Can't trick the stats: FMP were better than Mornar in many statistical categories, but they simply had too many turnovers to get away with a victory. They had 16 and the opponents only 8 and this is what decided the winners.