Budućnost VOLI have won the thrilling battle against Mega Bemax after making the crucial 11:0 run in the final 2-and-a-half minutes of the game. 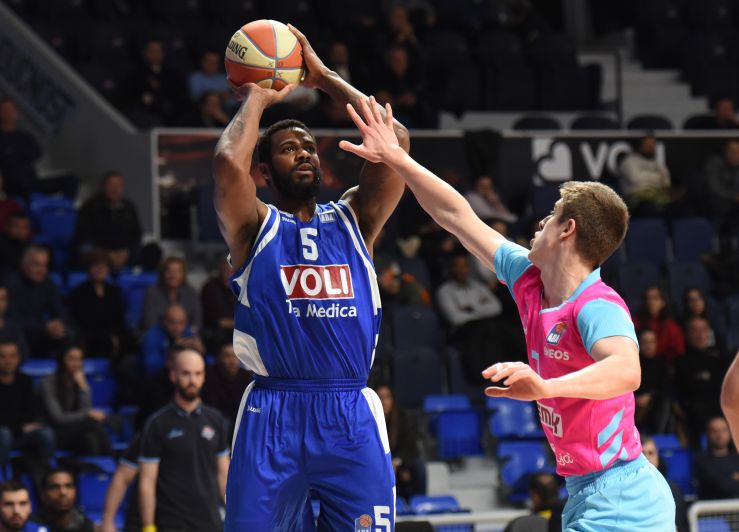 Game recap: It was another spectacular game in ABA League! Budućnost VOLI have defeated Mega Bemax after making the crucial 11:0 run in the last 2-and-a-half minutes of the match. Therefore, the reigning ABA League champions are now all alone at the 2nd spot with 1 win more than Mega Bemax and with 2 wins less than Crvena zvezda mts.

Key moments: Mega Bemax were up by 85:80 with 2-and-a-half minutes left on the game clock. But, the visitors then stopped. They haven’t scored a single basket in the remaining time, while Budućnost VOLI made 11 points in a row and completed the late comeback.

Man of the match: Nemanja Gordić was the game-winner for the Blue squad once again, as he drained the key 3-ponter for 91:85 on 25 seconds before the end. He finished the match with 16 points, 4 rebounds and 6 assists, while his overall index rating was 21.

Can’t trick the stats: Despite having more rebounds and more assists, Mega Bemax still lost this match, as they simply lacked concentration in the last few minutes. That 11:0 run was crucial at the end.

Match: Budućnost VOLI - Mega Mozzart
Join thousands of ABA League fans in our digital community by liking us on Facebook, following us on Twitter or Instagram and subscribing to our YouTube channel.
If you like this and our other articles, make sure to sign up for the ABA League newsletter. You will be notified regarding all important news and updates on the ABA League via e-mail.
Social Media
Tweets by ABA_League