In the opening game of the Saturday’s ABA League schedule, Cedevita have performed a major comeback in order to beat Mornar on the road in Topolica Sports Hall, Bar. 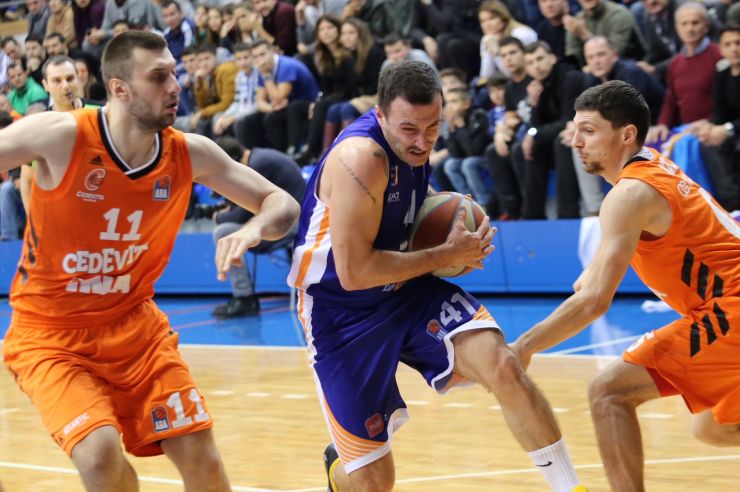 Game recap: Cedevita are definitely planning to strengthen their position in the Playoffs zone and they have demonstrated this once again in the 11th round of the season, as they have beaten Mornar on the road in Bar by creating a major comeback. They were already behind by 16 points late in the third quarter, but they fought back and turned the game completely around. In the thrilling finish, they have afterwards turned it their way and celebrated their seventh win of the season, which keeps them firmly in the Playoffs zone. On the other end, Mornar will continue the season in the last place with 3 victories made so far.

Key moments: Even though Mornar had a 16-point lead (81:65) with 3 minutes left in the 3rd quarter, Cedevita managed to take the lead for the first time late in the game when Andrija Stipanović scored a free throw for 91:90 (36th minute). It has been anybody’s game all until the final moments afterwards and Cedevita turned out to be the luckiest team this time around. Jacob Pullen scored a triple to put them ahead with the score of 100:99 with 36 seconds left in the game. Mornar did not manage to score in their next two positions, while Pullen and Cobbs added 3 points for Cedevita from free throws to get ahead by 4 (103:102) with only five seconds left. Antabia Waller scored a triple on the other end, but it was not enough with so little time left on the clock.

Man of the match: Jacob Pullen may have scored only 2 points in the first half, but he exploded in the second one and had 30 points (4/8 for 3 points), 1 assist and rebound and a valuation of 28 at the end of the game. He is rightfully our man of the match.

Can't trick the stats: Cedevita were extremely efficient from the 3-point line (10/17 – 58.8%) as a team and this has earned them a victory even though they lost the rebounding battle.