In a very interesting match in Krešimir Ćosić Hall, Zadar prevailed over Igokea. 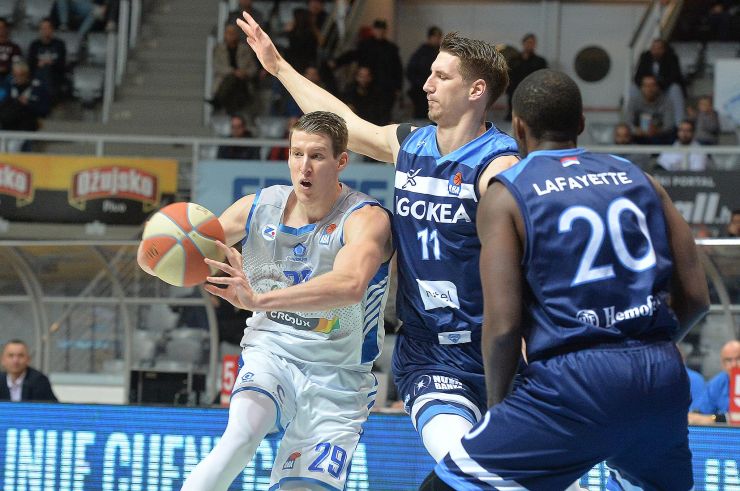 Game recap: For years Zadar have been famous for playing exceptionally good in front of their fans, but in this season they have been without a home win since the start of the championship! However, in their 5th attempt, Zadar have finally broken that losing streak by defeating Igokea in Krešimir Ćosić Hall.

It was a well-deserved win for the home side. It is enough just to write that Igokea’s last lead in this match was 7:5 in the 3rd minute. After that, Zadar have been in front throughout the whole game.

Key moments: It seemed that we were going to watch a thrilling finish when Igokea reduced the gap to just 3 points – 80:77, with just a bit over 4 minutes left on the game clock. But, in the remaining time, the visitors scored just 3 points, missing 7 three-point shots along the way. On the other side, Zadar scored 15 points and grabbed a very valuable win.

Man of the match: Luka Božić strikes again! Zadar’s super star made another amazing performance, as he finished the match with 20 points, 10 rebounds and 6 assists. His overall index rating was 27.

Can’t trick the stats: We all know that this team of Igokea depends a lot on their offense, but today was obviously not their day. The visitors were 15/32 for 2-points and 11/37 for 3-points…

Match: Zadar - Igokea m:tel
Join thousands of ABA League fans in our digital community by liking us on Facebook, following us on Twitter or Instagram and subscribing to our YouTube channel.
If you like this and our other articles, make sure to sign up for the ABA League newsletter. You will be notified regarding all important news and updates on the ABA League via e-mail.
Social Media
Tweets by ABA_League