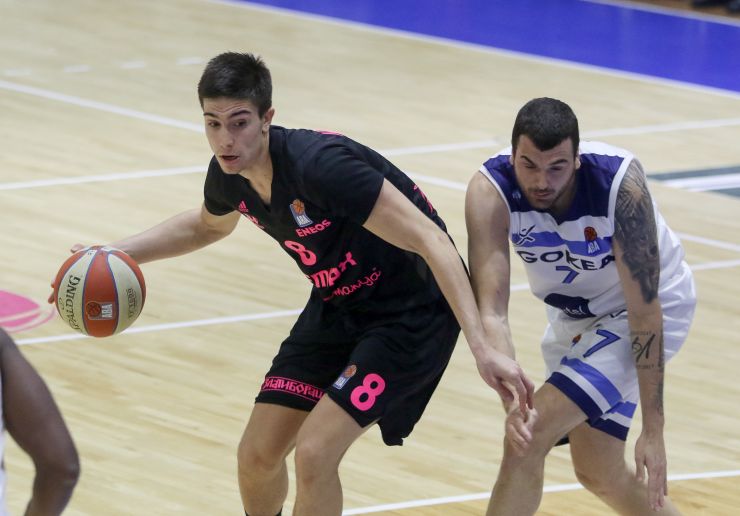 Game recap: The last week was everything but easy for Mega Bemax. They stayed without their best player Goga Bitadze in the moment they had two defeats in a row in ABA League. But, the team’s reaction was just superb. The youngsters from Sremska Mitrovica defeted Igokea at home court and therefore made another step toward the 2019 ABA League Playoffs.

Key moments: Mega Bemax used all the weaknesses of Igokea’s defense in today’s match. The home team scored 57 points combined in the 2nd and 3rd quarters. Still, despite having a double-digit lead on 3-and-a-half minutes before the end – 90:77, Mega’s boys had to give their maximum effort to keep that lead. Igokea reduced the gap to 90:85 and had a shot to make the ending quite dramatic. However, Tomislav Zubčić missed a 3-pointer, with just over a minute left on the game clock and that was the end of all Igokea’s hopes that they might pull off a stunning comeback.

Man of the match: Without Goga Bitadze in the team, someone else had to take the leader’s role and this evening it was Luka Ašćerić who guided Mega Bemax toward the win. This 21-year old forward scored 17 points and had 10 rebounds.

Can’t trick the stats: Even Igokea’s head coach admitted at the press conference that his team’s defense was everything but good in this match. Mega Bemax scored 93 points, even though they missed 15 free-throws!

Match: Mega MIS - Igokea m:tel
Join thousands of ABA League fans in our digital community by liking us on Facebook, following us on Twitter or Instagram and subscribing to our YouTube channel.
If you like this and our other articles, make sure to sign up for the ABA League newsletter. You will be notified regarding all important news and updates on the ABA League via e-mail.
Social Media
Tweets by ABA_League