In one of the two opening games of the ABA League Round 14, Krka will be hosting Crvena zvezda mts in Leon Štukelj Sports Hall in Novo mesto. 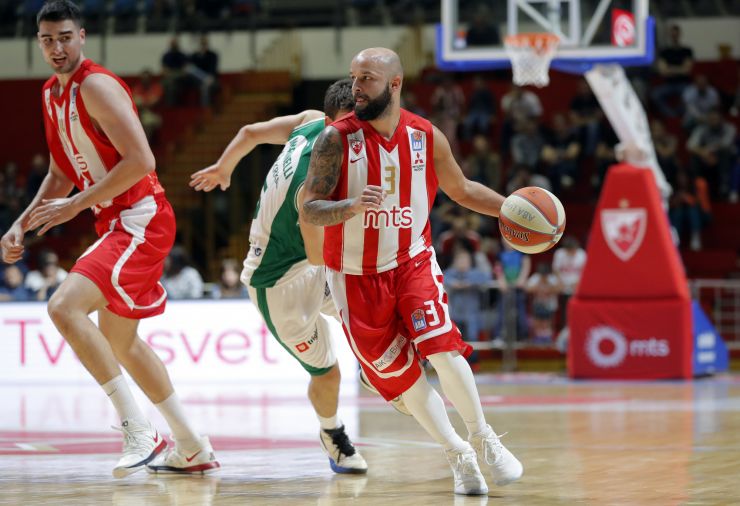 Story of the game: In one of the two opening games of the 14th round of the ABA League season, Krka will be hosting Crvena zvezda mts at home in Leon Štukelj Sports Hall and it will be another big night for the basketball fans of Novo mesto, such at it always is when a big basketball name is coming to town.

Krka, currently the last placed team in the standings, together with Petrol Olimpija and Zadar, which have grabbed 4 wins so far this season in 13 rounds, will try to perform what would be seen almost as a miracle, and become the first team to beat Crvena zvezda mts this season. It may sound like a miracle, but such things aren’t strange at all to Krka and their fans.

For instance, in the 2014/15 season, they have become the first team to beat… Crvena zvezda mts, which were unbeaten for 20 rounds, but they suffered a defeat on the road in Novo mesto by Krka. There is also one fresher memory, since Krka have also beaten the reigning champions Budućnost VOLI in the 12th round of this season. Therefore, we can claim that Krka are the team that surely can play against big names at home court and deliver results.

On the other hand, of course, Crvena zvezda mts have different plans. Their only goal on mind is to return the trophy back to their cupboards after a year of break and they do not intend on stopping their winning streak in Round 14 in Novo mesto.

Match-up in focus: The two players that will for sure be in focus this time are Luka Lapornik of Krka and Stratos Perperoglou of Crvena zvezda mts, in the position of small forward. Both of the experienced guys are currently the top scorers of their teams. While Lapornik is averaging 12.7 points per game, Perperoglou is averaging 11.5. Who will score more this time around?