In Dom sportova in Zagreb, Cedevita will be hosting Crvena zvezda mts in the opening game of the 17th round of the ABA League season. A spectacle is anticipated and only one of the two sides will be celebrating in the end! 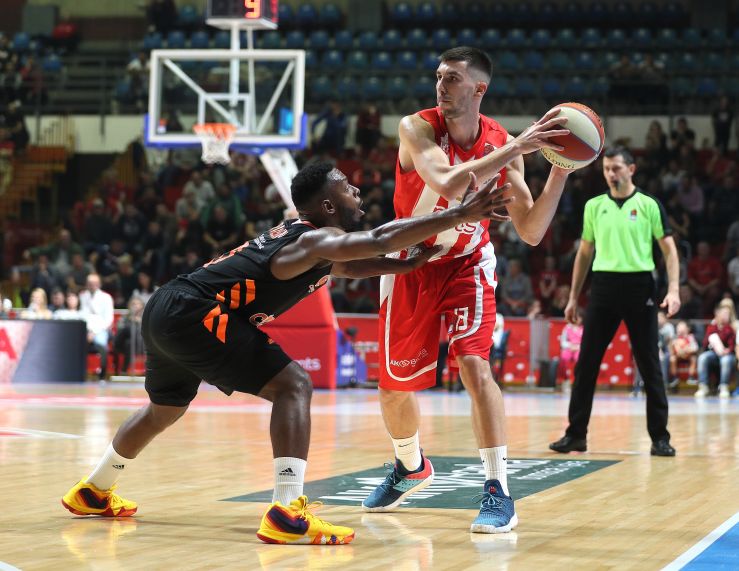 Story of the game: Can Cedevita become the first to knock Crvena zvezda mts out of their winning streak, that is lasting in the ABA League this season ever since it has begun? That’s what every basketball fan in Zagreb is asking itself right now!

Cedevita have demonstrated exceptional shape lately in the ABA League and have only lost to Budućnost VOLI in the last round, tightly and on the road in Podgorica. They have won four of their last five games in the league this season. On the other side, Zvezda don’t know what losing means this season. So, who will prevail?

It’s difficult to predict, but of course, Zvezda’s odds are looking better at the moment, as they still have a perfect record. And they also have a better all-time record in the mutual encounters of the two sides, as they have celebrated 18 times out of the 28 that the two sides have met in the regional competition. But… there’s always a but – in Zagreb, Cedevita have won 8 of their games against Crvena zvezda mts and Zvezda have won only 5!

So, who would you put your money on this time?

Match-up in focus: Jacob Pullen vs. Joe Ragland! Both point guards are currently the top scorers of their respective teams and while Jacob Pullen is more efficient in scoring than Ragland (18.4 points per game versus 11.5), Ragland is more prolific when it comes to passing, as he is dishing out 5.9 assists per game and Pullen 1.9. Who will prevail in this one on one clash?

Crvena zvezda mtsMatch: Cedevita - Crvena zvezda mtsCedevita
Join thousands of ABA League fans in our digital community by liking us on Facebook, following us on Twitter or Instagram and subscribing to our YouTube channel.
If you like this and our other articles, make sure to sign up for the ABA League newsletter. You will be notified regarding all important news and updates on the ABA League via e-mail.
Social Media
Tweets by ABA_League