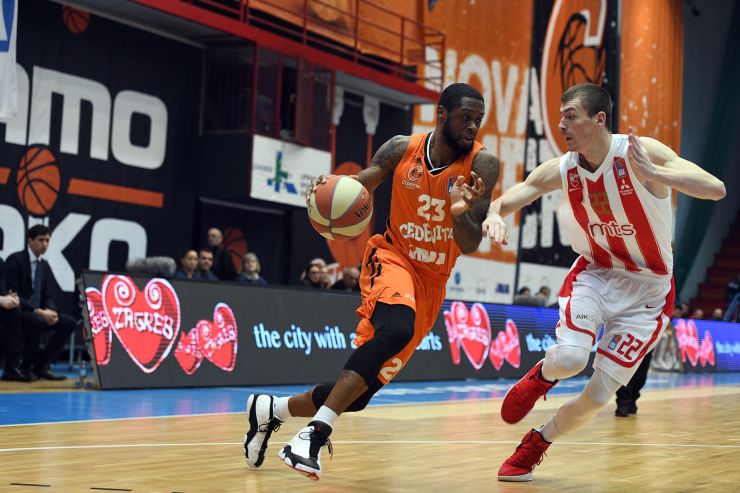 Game recap: Celebration time in Zagreb! Cedevita became the first team to beat Crvena zvezda mts in the 2018/19 ABA League regular season and, more importantly, remained at the 2nd spot on the ABA League standings! The Orange troops simply played a stunning game, showing to everyone that the last week's painful defeat against Budućnost VOLI hadn't broken the spirits inside the team. Cedevita were just a lot better than Zvezda this evening and they scored a well-deserved win.

On the other side, it seems that the Belgrade crew failed to recover from that unfortunate defeat they suffered against Valencia couple of days ago in EuroCup. Still, the good thing for Zvezda is that they are still sitting all alone at the 1st place of the ABA League standings.

Key moments: It was the 2nd quarter during which Cedevita gained the crucial lead. The home team won that period by 28:13, so they were up by 49:33 at the halftime. And, they did not stop there. Cedevita's team kept pushing forward and increased the gap to 29 points - 77:48! At that point it was quite clear that the hosts would take the win.

Man of the match: This was a team win for Cedevita, especially if we know that they had 5 players with double digits at the end of the game. Jacob Pullen was the top scorer with 15 points, Justin Cobbs added 14, Filip Krušlin scored 13, while Andrija Stipanović and Elgin Cook drained 12 points each. Anyone of them can be the man of the match.

Match: Cedevita - Crvena zvezda mts
Join thousands of ABA League fans in our digital community by liking us on Facebook, following us on Twitter or Instagram and subscribing to our YouTube channel.
If you like this and our other articles, make sure to sign up for the ABA League newsletter. You will be notified regarding all important news and updates on the ABA League via e-mail.
Social Media
Tweets by ABA_League