On the road in Sremska Mitrovica, Zadar have beaten Mega Bemax and have escaped the very bottom of the ABA League standings. 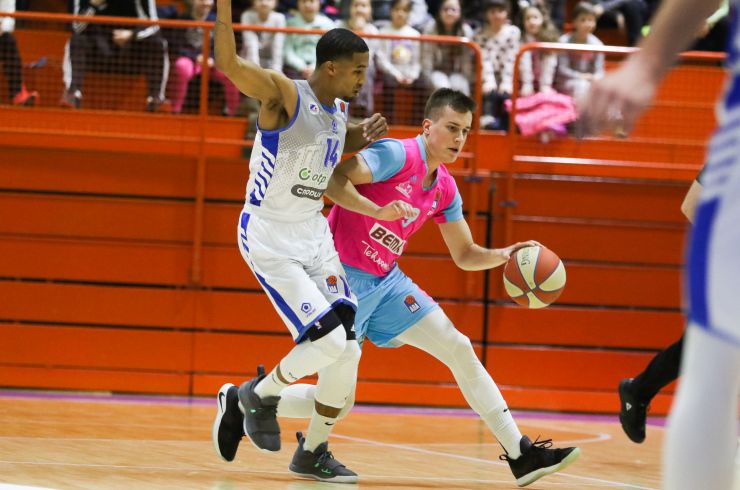 Game recap: Zadar will be breathing a bit easier after 18 rounds in the ABA League, as they have beaten Mega Bemax on the road in Sremska Mitrovica, scored their sixth win of the season and escaped the very bottom of the standings. On the other side, Mega Bemax have suffered a big blow with this defeat, since they are now three wins below the fourth place in the ABA League standings, meaning that with four rounds remaining in the regular season, the Playoffs would be extremely difficult to reach for them.

Key moments: Zadar led by 15 points midway through the third quarter, but Mega Bemax fought back and when Nikola Mišković scored a 3-pointer with a bit less than 9 minutes on the game clock, they cut the deficit to only 3-points (75:72). However, over the next 2 minutes, Zadar replied with a 7:0 run, which took them away to a double-digit margin again (82:72). After that, Mega did not manage to fight for the victory again until the end of the game.

Man of the match: Kwame Vaughn shined for Zadar this time around as he led the way for them towards a new victory. He scored 23 points, while adding 8 assists, 7 rebounds and 1 steal to his stats. He had a valuation of 34 and is rightfully our man of the match!

Match: Mega Mozzart - ZadarZadarMega Mozzart
Join thousands of ABA League fans in our digital community by liking us on Facebook, following us on Twitter or Instagram and subscribing to our YouTube channel.
If you like this and our other articles, make sure to sign up for the ABA League newsletter. You will be notified regarding all important news and updates on the ABA League via e-mail.
Social Media
Tweets by ABA_League