In the last game of the ABA League’s Saturday’s schedule, Igokea will be hosting Cedevita at home in Laktaši Sports Hall. Winning is a must for both sides – which will be more successful? 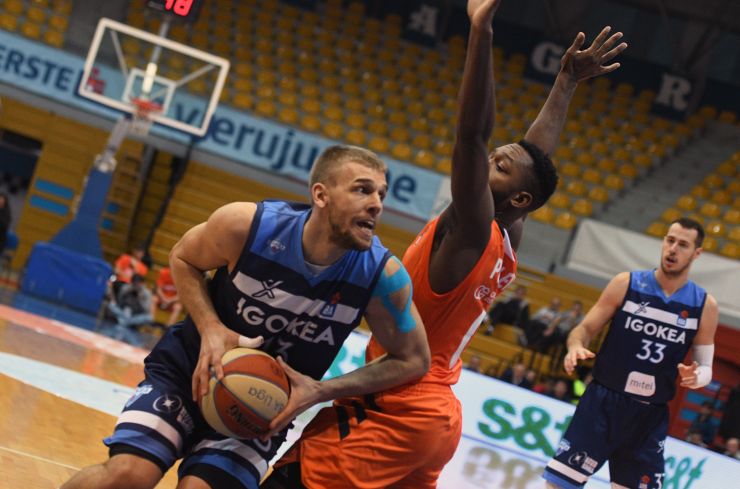 Story of the game: Another big basketball night is coming to Laktaši – Igokea will face another of the regional basketball powerhouses in their Laktaši Sports Hall, as they expect to host Cedevita.

Both sides have plenty to play for this time around, as Cedevita are still fighting for the second place in the standings, after the home win over Crvena zvezda mts, first of any team this season. On the other side, Igokea are placed only one triumph above the league’s bottom with 6 victories. With a victory, they would do a giant leap towards avoiding the danger zone.

Having read the upper lines, one will not be surprised to hear that Cedevita have been in better shape lately, as they have won 4 out of their last five games and Igokea only 2. But, Igokea are playing confidently at home court this season and another upset by their side is not impossible.

Match-up in focus: It’s Sava Lešić against Andrija Stipanović! While Lešić is dominating the statistics at Igokea, being on top in points scored (15.9 per game) and rebounds grabbed (7 per game), Stipanović is on top in rebounding (6.8 per game), while he isn’t quite on top when it comes to scoring, but still puts in 10.8 points per game for Cedevita. Who will prevail?

Match: Igokea - CedevitaCedevitaIgokea
Join thousands of ABA League fans in our digital community by liking us on Facebook, following us on Twitter or Instagram and subscribing to our YouTube channel.
If you like this and our other articles, make sure to sign up for the ABA League newsletter. You will be notified regarding all important news and updates on the ABA League via e-mail.
Social Media
Tweets by ABA_League