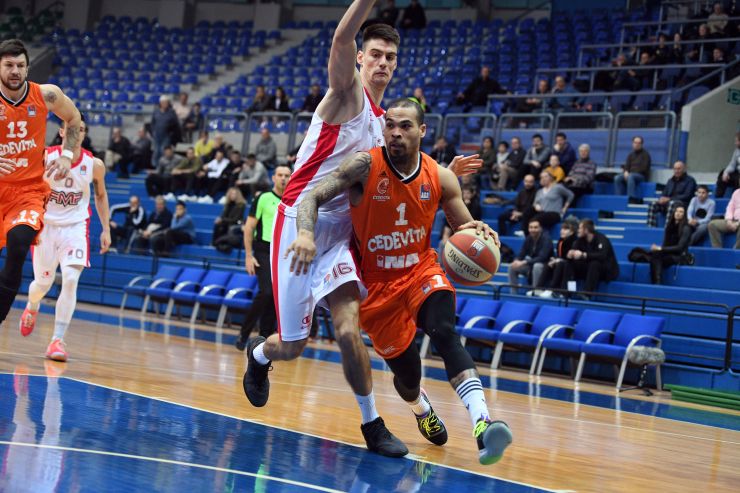 Game recap: Cedevita have qualified for the ABA League Playoffs. That’s the conclusion of the exciting game in Zagreb between the squad led by Slaven Rimac and FMP. FMP have demonstrated a brave performance and it seemed that they would be on the winning side many times during the game, but… Cedevita came up with a late comeback, which secured them the 14th win of the season and a spot in the Playoffs, as they are now 4 wins above the fifth placed Mega Bemax, with 3 rounds to go in the season. On the other side, FMP continue the season with 8 triumphs, which will keep them in the upper half of the ABA League standings after 19 rounds.

Key moments: FMP were in front almost throughout the game, but Edo Murić scored a key three-pointer with a bit more than a minute on the game clock, which put his team up 87:85. In the next two possessions both teams have not used their chance to score and Stefan Pot of FMP had a chance to win the game for FMP from the three-point line in the final second but… he missed.

Man of the match: Edo Murić was the man for Cedevita, not only because of the game winner, but his performance was also statistically most valuable on his team. He had 18 points, 9 rebounds, 1 assist and a valuation of 23 and he is rightfully our man of the match.

Can’t trick the stats: Cedevita have outrebounded FMP 40:35 and this steered their way towards the win in the end despite a bit worse field goal shooting than their opponents.

FMP MeridianMatch: Cedevita - FMP MeridianCedevita
Join thousands of ABA League fans in our digital community by liking us on Facebook, following us on Twitter or Instagram and subscribing to our YouTube channel.
If you like this and our other articles, make sure to sign up for the ABA League newsletter. You will be notified regarding all important news and updates on the ABA League via e-mail.
Social Media
Tweets by ABA_League