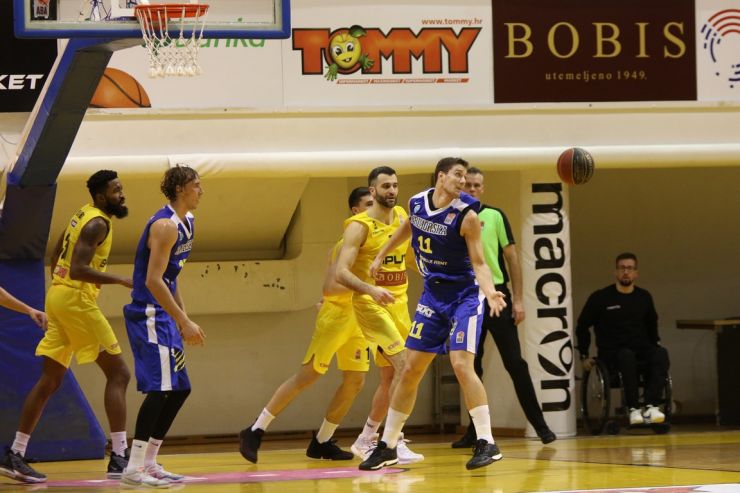 Well, this might be the most thrilling game that’s been played in the 2018/19 ABA 2 regular season so far… Sixt Primorska have defeated Split thanks to Ivan Marinković who scored the game-winning alley-oop 2-pointer in the final second! But, that was just the last of numerous super exciting things that have happened in the thrilling game ending.

Sixt Primorska took over the lead on 18 seconds before the end, when Mario Čakarun made a 2+1 play for 71:73. But, only 2 seconds later Mate Kalajdžić answered in the same manner – he scored the 2-pointer and got fouled along the way. And he made the free throw as well - 74:73 for Split.

Sixt Primorska then had to score and Corin Darius Henry got fouled on 5 seconds before the end! He made both free throws and brought the lead back to the visitors – 74:75. But, guess what – 2 seconds later Mate Kalajdžić once again stepped up for his team. He got fouled, but Kalajdžić made 1 out of 2 free throws and only managed to tie the score – 75:75.

Sixt Primorska then called for a time-out. They had 3 seconds to win the game and they did it in a spectacular way! Žan Mark Šiško dished an alley-oop pass to Ivan Marinković who scored the game-winning 2-pointer in the final second – 75:77! Sixt Primorska therefore scored their 18th win in the season, while Split have probably stayed without any chances of reaching the Playoffs.

Match: Split - Koper Primorska
Join thousands of ABA League fans in our digital community by liking us on Facebook, following us on Twitter or Instagram and subscribing to our YouTube channel.
If you like this and our other articles, make sure to sign up for the ABA League newsletter. You will be notified regarding all important news and updates on the ABA League via e-mail.
Social Media
Tweets by ABA_League