Krka have just 3 more rounds to escape the danger zone… 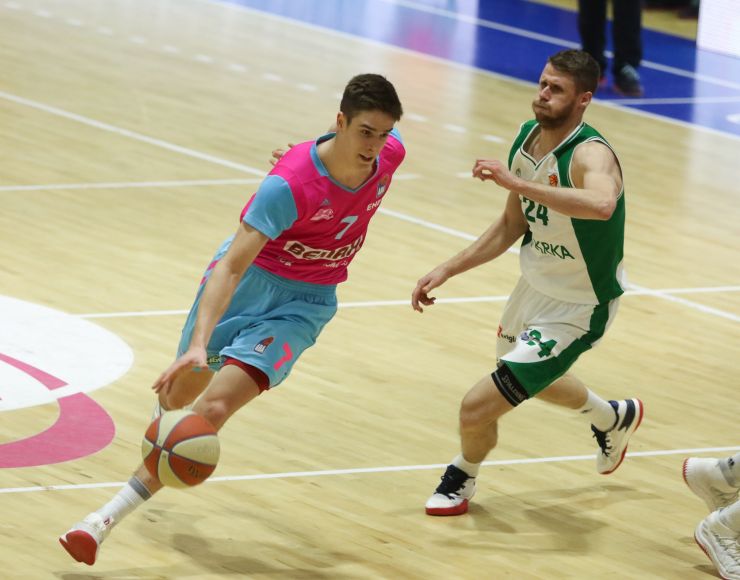 Game recap: Mega Bemax have returned on the winning track by beating Krka at home court. This means that Mega still have some chances to reach the 2019 ABA Playoffs, while on the other side Krka will remain at the last place on the standings at the end of this round. The boys from Novo mesto have 3 more games in this season to try to escape the danger zone.

Key moments: Led by Luka Ašćerić, who has scored 16 points until the halftime, Mega Bemax were up by 15 at the big break – 48:33. However, that was not the end, as Krka managed to reduce the gap to just 4 points in the middle of the 4th quarter – 72:68. But take a look at this – the visitors then had no less than 8 chances to get even closer… That’s 8 different ball-possessions! But, Krka failed to score a single point in any of them and Mega Bemax eventually seized the win.

Can’t trick the stats: At the end those 8 offensive plays, in which Krka did not score a single point, decided the winner. The visitors had a chance to make a truly stunning comeback, but they simply failed to pull it off.

Match: Mega Mozzart - Zadar
Join thousands of ABA League fans in our digital community by liking us on Facebook, following us on Twitter or Instagram and subscribing to our YouTube channel.
If you like this and our other articles, make sure to sign up for the ABA League newsletter. You will be notified regarding all important news and updates on the ABA League via e-mail.
Social Media
Tweets by ABA_League