The boys from Sarajevo made a 17:0 run in the last quarter and seized such a valuable win. 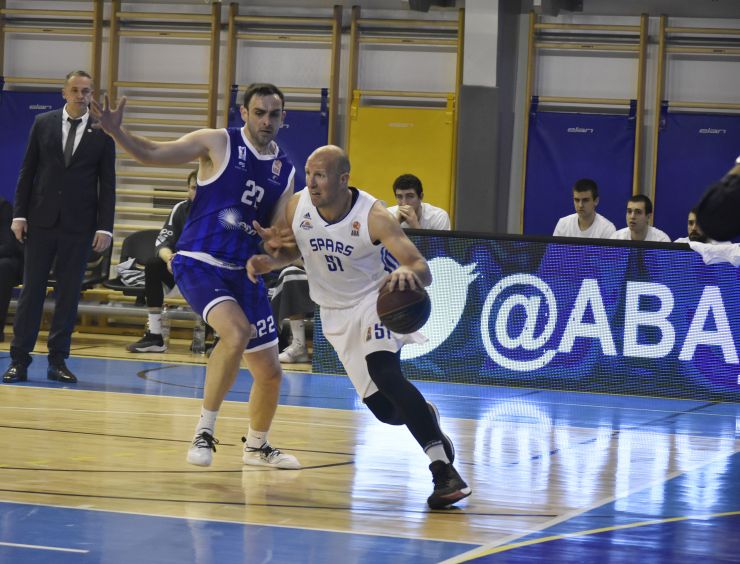 Spars have done it! They defeated Sutjeska in a thrilling match this Thursday evening and therefore qualified for the 2019 ABA 2 Playoffs! The boys from Sarajevo will now just try to secure the 2nd spot in the remaining 2 rounds of the regular season in order to have a home court advantage in the semifinals.

On the other side, Sutjeska made a step back in their Playoffs race, but they still have chances to reach the 4th spot on the standings in the remaining 2 rounds.

The game itself was very exciting. Spars had the lead at the halftime, but then Sutjeska started hitting 3-pointers in the 3rd quarter and the visitors took over the lead. Sutjeska were up by 68:57 with 8 minutes left on the game clock in the 4th quarter, however then the away team simply stopped! The Nikšić side scored their next points on 20 seconds before the end of the game, which means that they were without points for almost 8 minutes!

It is interesting to mention that Sutjeska made 45 attempts for 3-points in this match.

Match: Spars Ilidža - Sutjeska
Join thousands of ABA League fans in our digital community by liking us on Facebook, following us on Twitter or Instagram and subscribing to our YouTube channel.
If you like this and our other articles, make sure to sign up for the ABA League newsletter. You will be notified regarding all important news and updates on the ABA League via e-mail.
Social Media
Tweets by ABA_League