In Belgrade, Partizan NIS and Igokea will meet in a very important game for both sides in the 21st round of the ABA League season. 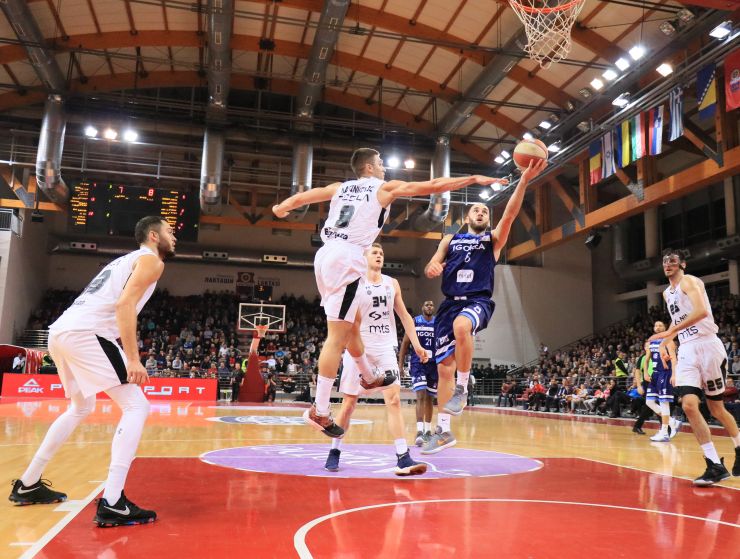 Story of the game: What a game is coming up in Belgrade for all of the basketball fans and it is another reason for the Partizan NIS crowd to fill up the Aleksandar Nikolić Hall this season. Partizan NIS will be facing Igokea in a very important clash for both sides.

While Partizan NIS are currently in the middle of the battle for second place in the ABA League standings, where they are fourth placed at the moment, with a win less achieved than their competitors Cedevita and Budućnost VOLI, Igokea are currently only a win away from the league’s very bottom, so they need to fight for victory in order to not be forced to be saving themselves from relegation in the last round, in the game against Zadar at the home soil.

The odds seem to look a bit better for Partizan NIS, as they have won 4 times in their last 5 games, while Igokea have won twice.
Also, Partizan NIS will be enjoying their home court advantage and they have won 6 out of their 7 home games against Igokea at home court in the entire regional league history.

How will it turn out this time around?

Match-up in focus: Jock Landale or Sava Lešić? Which will prevail in the matchup of the two squads this time around? While Landale is currently the second-best scorer of Partizan NIS (12.1 points per game) and top rebounder (6 rebounds per game), Lešić is currently leading Igokea in both scoring (15.2 per game) and rebounding (6.6 per game). Who will come out on top from this battle this time?

Match: Partizan Mozzart Bet - Igokea m:telPartizan Mozzart BetIgokea m:tel
Join thousands of ABA League fans in our digital community by liking us on Facebook, following us on Twitter or Instagram and subscribing to our YouTube channel.
If you like this and our other articles, make sure to sign up for the ABA League newsletter. You will be notified regarding all important news and updates on the ABA League via e-mail.
Social Media
Tweets by ABA_League