The winner of this match will definitely escape the danger zone on the standings and secure the participation in the next ABA League season. 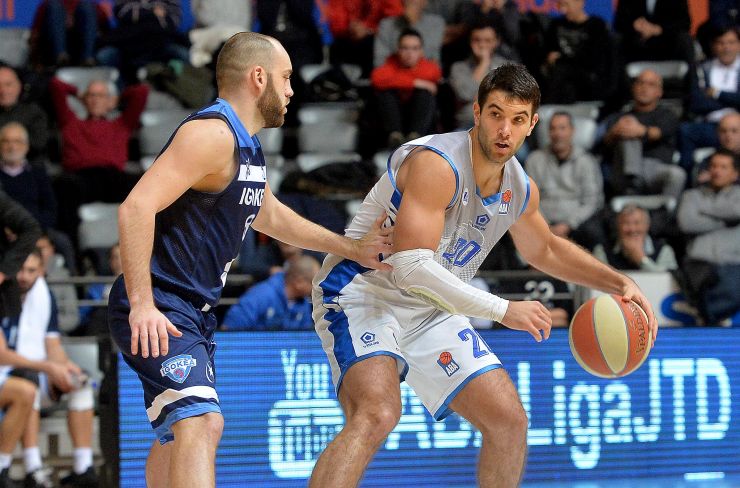 Story of the game: The last day of the 2018/19 ABA League regular season will be extremely exciting! Sunday evening brings us two games which will directly decide about which teams will keep their ABA League status for the next season. And one of those two games is the clash in Laktaši, where Igokea will host Zadar.

What is important to know at the beginning is that the winner of this match will definitely escape the danger zone on the standings and secure the participation in the next ABA League season.

But, what happens with the defeated side? Well, it depends on who lose the match and what will be the outcome of the other game, the one between Krka and Petrol Olimpija.

If Zadar lose the match against Igokea they will definitely finish the regular season at the 11th place on the standings and will therefore have to play the ABA Qualifiers against the losing side of the 2019 ABA 2 Finals. The reason why Zadar will drop to the 11th spot on the standings, if they lose this game, is that Zadar will then have the same season record as the winner of Krka - Petrol Olimpija match, while both Krka and Petrol Olimpija have a better head to head score against Zadar.

On the other side, if Igokea lose the match against Zadar they might still finish the regular season outside the danger zone. Igokea have a better head to head score against Krka, so if these two teams are all tied at the end of the day then Igokea will take the 10th place, while Krka will be the 11th team on the standings. However, if Igokea lose their game and they end up tied with Petrol Olimpija on the standings, then Igokea will drop to the 11th spot on the standings, as Petrol Olimpija have a head to head advantage.

Looking at their last 5 games in the 2018/19 ABA League regular season, Zadar have scored 2 wins, while Igokea have triumphed just once. Still, there is one more thing that you should know. Zadar have never defeated Igokea on the road in ABA League! They have played 7 games so far in Laktaši and the home team have won all 7 times.

Match-up in focus: Sava Lešić is Igokea's top scorer in the ongoing season, while Luka Žorić is still the reigning league MVP and probably the best player of Zadar in the past couple of games. And they play at the same position...

Match: Igokea - Zadar
Join thousands of ABA League fans in our digital community by liking us on Facebook, following us on Twitter or Instagram and subscribing to our YouTube channel.
If you like this and our other articles, make sure to sign up for the ABA League newsletter. You will be notified regarding all important news and updates on the ABA League via e-mail.
Social Media
Tweets by ABA_League