Whoever loses this match will be relegated to ABA League 2. 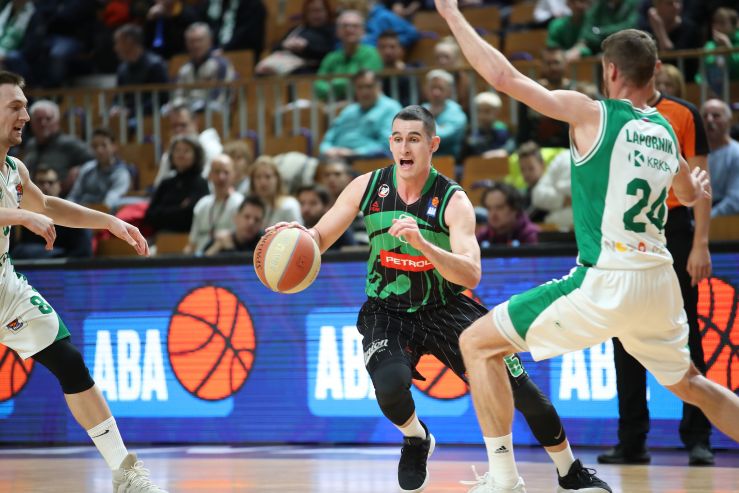 Story of the game: Krka and Petrol Olimpija have played many big games in the past. But, the next one is definitely unlike any other before. Because for the first time in their history, these two local rivals will face each other in the direct battle to avoid relegation from ABA League 1.

Krka and Petrol Olimpija are currently the two last placed teams on the standings with the same overall score: 6 wins and 15 defeats. Therefore one thing is certain - whoever loses the upcoming match will finish the 2018/19 ABA 1 regular season at the last place and will therefore be relegated to ABA 2.

And now let's see what happens with the winner.

If Petrol Olimpija win this match they will definitely secure the ABA 1 status for the 2019/20 season, because they will then finish the 2018/19 regular season at the 10th place (Petrol Olimpija have a better head to head score against both Igokea and Zadar).

On the other side, if Krka win the upcoming match they will move up to the 10th place only if Igokea beat Zadar. But, if Krka beat Petrol Olimpija and Zadar beat Igokea it will mean that Krka will finish the regular season at the 11th place and will therefore have to play in the ABA Qualifiers with the losing side of the 2019 ABA 2 Finals.

Anyway, the very last match of the 2018/19 ABA League regular season should be a true thriller. After all, just remember their previous clash in this season...

Match: Krka - Petrol Olimpija
Join thousands of ABA League fans in our digital community by liking us on Facebook, following us on Twitter or Instagram and subscribing to our YouTube channel.
If you like this and our other articles, make sure to sign up for the ABA League newsletter. You will be notified regarding all important news and updates on the ABA League via e-mail.
Social Media
Tweets by ABA_League