The red & whites scored 100 points and defeated Mega Bemax in the last round of the 2018/19 ABA League regular season. 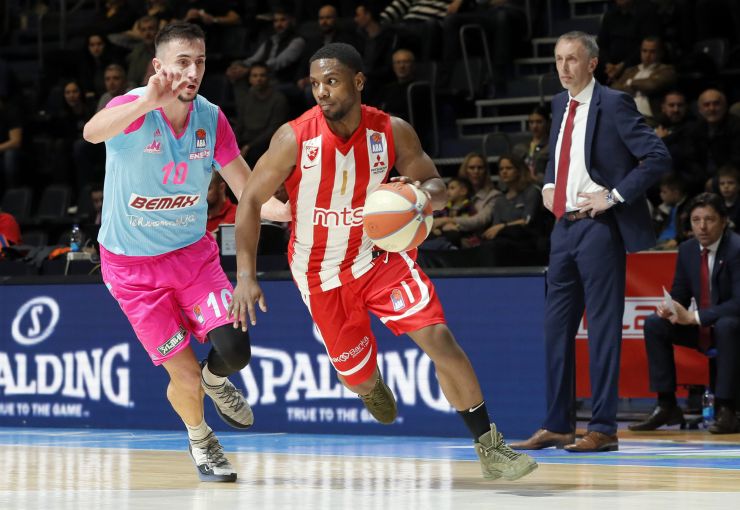 Game recap: Crvena zvezda mts have showed to everyone that they are ready for the 2019 ABA Playoffs. The red & whites scored 100 points and seized a comfortable win against Mega Bemax, so they finished the 2018/19 regular season with an impressive record: 21 wins and just 1 defeat. On the other side, Mega Bemax ended their 2018/19 ABA journey with the overall score of 10-12.

Crvena zvezda mts will play against their arch rivals Partizan NIS in the 2019 ABA league Semi-Finals.

Key moments: You should just take a look at the score of the 2nd quarter. Crvena zvezda mts started that period with a 3-point deficit – 20:23, while they ended it with a 24-point lead - 57:33! After playing one of their best quarters in the entire season, the home side had no troubles staying in front until the end of the match.

Man of the match: Zvezda’s young power forward Boriša Simanić shined this evening. He finished the match with 14 points and 7 rebounds, while his overall index rating was 26.

Can’t trick the stats: At the end of the day that 37:10 score in the 2nd quarter is all the stats you need. And on top of that, Zvezda had 10 assists more than Mega Bemax.

Match: Crvena zvezda mts - Mega MIS
Join thousands of ABA League fans in our digital community by liking us on Facebook, following us on Twitter or Instagram and subscribing to our YouTube channel.
If you like this and our other articles, make sure to sign up for the ABA League newsletter. You will be notified regarding all important news and updates on the ABA League via e-mail.
Social Media
Tweets by ABA_League