The Orange troops are now just a win away from advancing to the 2019 ABA Finals! 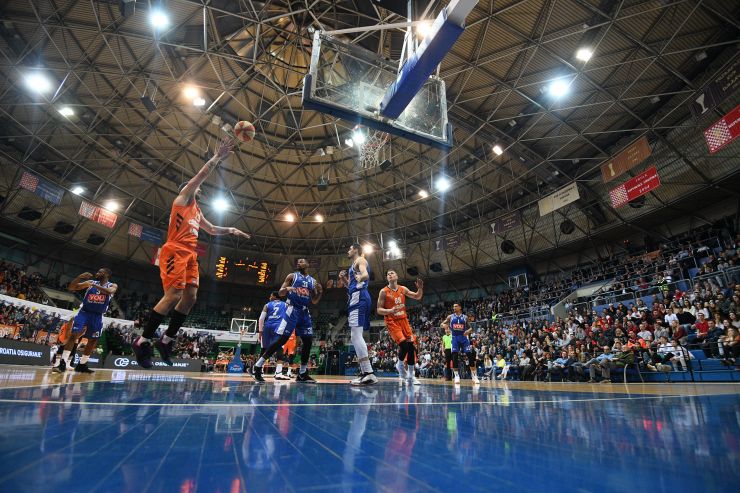 Game recap: The Orange team is celebrating this Monday evening! Cedevita defeated Budućnost VOLI in front of 4,500 fans in Dražen Petrović Hall and took the lead in this semi-final series. We watched a big battle down on the court as each side really gave its best to win the match. Eventually, Cedevita’s deadly duo Cobbs-Pullen made difference by scoring 43 points combined for the home team.

Key moments: Cedevita were up by 76:73, with 4 minutes left on the game clock, while Budućnost VOLI had a fast-break to reduce the gap. However, Petar Popović missed an open-lay up, while then Goga Bitaedze and Earl Clark also missed open shots after making offensive rebounds! And the visitors were punished for those 3 missed shots. Cedevita made 4 points in a row and escaped to 80:73. For this kind of game, a 7-point lead was a huge advantage and Cedevita have remained in front until the end.

Man of the match: Justin Cobbs was a true leader of the Orange troops. He was the top scorer of Cedevita with 23 points, while  he also made 5 assists. And his defense was exceptional this evening.

Can’t trick the stats: Cedevita won the battle in the paint. The home team had 7 rebounds more than Budućnost VOLI squad, while some of their offensive rebounds were very important in the key moments of this match.