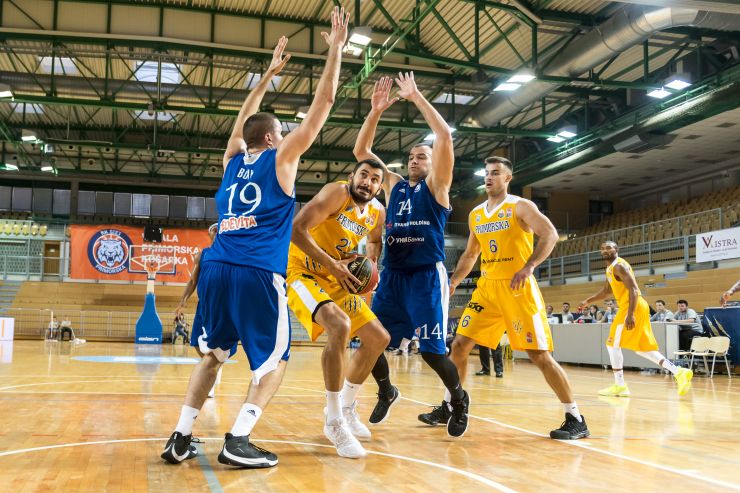 It’s time! The 2019 ABA 2 Finals are finally here, while the two teams who will be fighting for the precious trophy in the best-of-5 series are Sixt Primorska and MZT Skopje Aerodrom.

Firstly, it is important to mention that the winner of this series will qualify for the 2019/20 ABA 1 season, while the losing side will play in the 2019 ABA Qualifiers against Zadar (11th placed team in the 2018/19 ABA 1 season).

The second important thing you need to know is that Sixt Primorska will have a home court advantage in the 2019 ABA 2 Finals, as they won the 1st place in the regular season. And that should be quite an advantage for the boys from Koper as they are still undefeated at home court in the ongoing season! Sixt Primorska have played 12 home games so far in the season and they have won all of them.

Sixt Primorska and MZT Skopje Aerodrom played two games in the regular season and both of them were very exciting. In Koper, Sixt Primorska won the match in overtime – 91:84, while the same team triumphed in Skopje – 78:77.

The opening two games of the 2019 ABA 2 Finals will be played in Koper, while then the series moves to Skopje.

Everything will start on Monday evening. Let the games begin!

Match: Koper Primorska - MZT Skopje Aerodrom
Join thousands of ABA League fans in our digital community by liking us on Facebook, following us on Twitter or Instagram and subscribing to our YouTube channel.
If you like this and our other articles, make sure to sign up for the ABA League newsletter. You will be notified regarding all important news and updates on the ABA League via e-mail.
Social Media
Tweets by ABA_League