The reigning ABA League champions defeated Cedevita on the road in decisive Game 3. 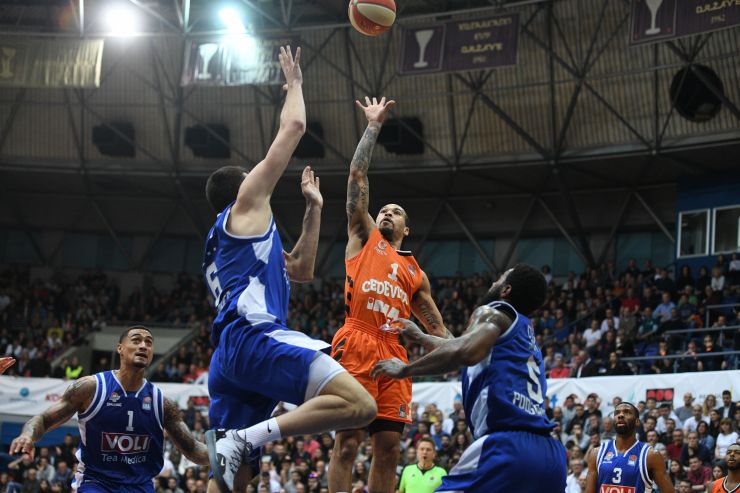 Game recap: Budućnost VOLI has returned to the Finals! The reigning ABA League champions defeated Cedevita on the road in decisive Game 3 of this semi-final series, so they will be fighting for the regional trophy for the 2nd year in a row. The Blue team were down by 11 points after the first quarter, they were down by 7 in the middle of the 3rd quarter, but they managed to keep the focus and to make the comeback in the last 10 minutes.

Budućnost VOLI will face Crvena zvezda mts in the 2019 ABA League Finals, with the Belgrade side having the home court advantage.

Key moments: At the end, Budućnost VOLI have won this match thanks to two crucial defensive plays. The visitors were up by 73:71 with one minute remaining in the game, when Earl Calrk stopped Cedevita’s best player in this match Justin Cobbs by forcing him to make a difficult shot, which he missed. Some 40 seconds later Budućnost VOLI were up by 74:71, with Cedevita having the ball possession. Jacob Pullen pulled up for a 3-pointer to tie the score with James Bell right in front of him… Pullen missed the shot.

Man of the match: Earl Clark! Budućnost VOLI power forward made so many important shots for his team this evening. Eventually, he was the top scorer of the away side with 19 points.

Can’t trick the stats: The two sides had almost identical stats. At the end, those two good defensive plays of Budućnost VOLI team decided the winner.