In the first game of the ABA League Finals, Crvena zvezda mts are currently hosting Budućnost VOLI in Aleksandar Nikolić Hall, Belgrade. Follow live play by play on our website. 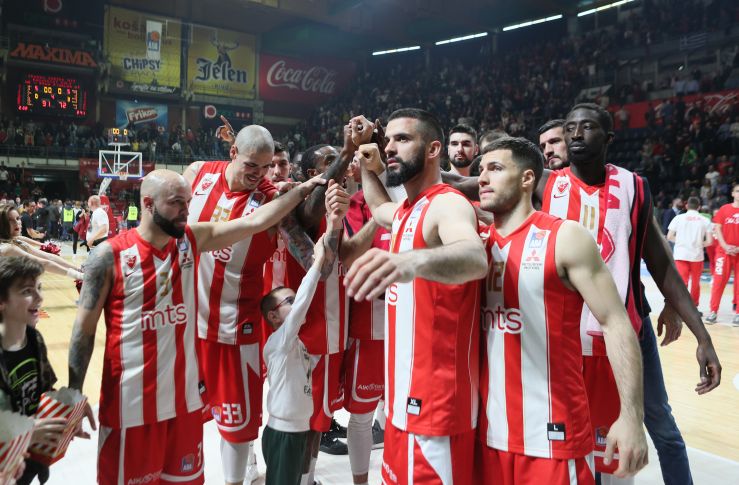 Game recap: Crvena zvezda mts have made the first step towards achieving their desired goal – returning the ABA League trophy to their trophy cupboard. They have beaten Budućnost VOLI in Game 1 of the ABA League Finals and have taken a 1:0 lead in the series. In a game, that seemed to be able to go anybody’s way in the first half, the hosts have dominated the court in the second part of the clash and have deservedly taken the lead in the Finals.

Key moments: As mentioned before, third quarter was the crucial for Crvena zvezda mts on their way towards the victory in the end. They have won the third period of the game 20:10 and converted their 3-point lead at the halftime (45:42) to a 13-point lead after 30 minutes (65:52). This was enough for their victory, as Budućnost VOLI did not manage to bounce back in the final quarter.

Man of the match: Billy Baron has demonstrated a fantastic performance, with which he led Crvena zvezda mts to the huge win over Budućnost VOLI. He ended the clash with game-high 19 points (4/4 for 3 points), while adding 5 assists, 4 rebounds, 2 steals and a valuation of 27 to his stats. He is our man of the match!

Can't trick the stats: Crvena zvezda mts were shooting three-pointers 55% (12/22) and Budućnost VOLI were shooting them only 29% (7/24). This was the major difference between the two sides.

Budućnost VOLICrvena zvezda mtsMatch: Crvena zvezda mts - Budućnost VOLI
Join thousands of ABA League fans in our digital community by liking us on Facebook, following us on Twitter or Instagram and subscribing to our YouTube channel.
If you like this and our other articles, make sure to sign up for the ABA League newsletter. You will be notified regarding all important news and updates on the ABA League via e-mail.
Social Media
Tweets by ABA_League