The most important game of the 2018/19 ABA League season is coming up, as Crvena zvezda mts will be hosting Budućnost VOLI in Game 5 of the ABA League Finals in Belgrade. One thing is clear before the big clash – the team that wins the game will also win the ABA League trophy – will it be the reigning ABA League champions or vice champions? That’s the question! 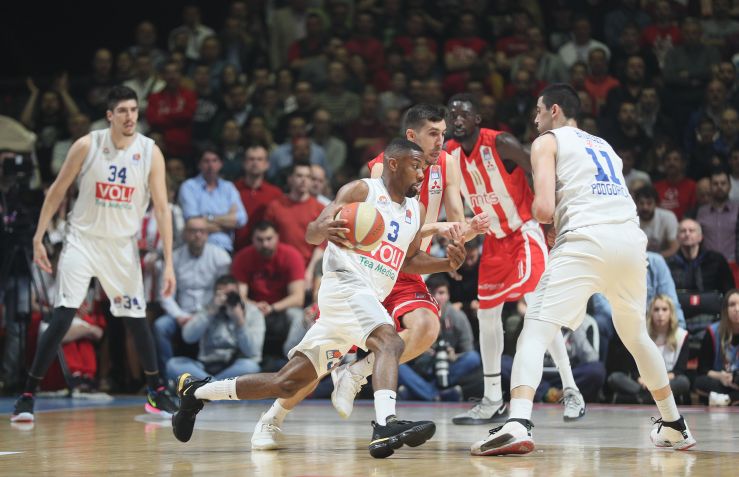 Story of the game: And after 22 rounds of the regular season, 3 rounds of Semi-finals and 4 rounds of the Finals being behind us, it all comes down to the ultimate last game of the season, which will decide everything in this season’s rivalry between Budućnost VOLI and Crvena zvezda mts.

The one that wins the Game 5 of the ABA League Finals, will grab the ABA League trophy for the 2018/19 ABA League season. However, the question remains whether it will be the reigning ABA League champions Budućnost VOLI for the second time in a row, or will Crvena zvezda mts manage to win the double crown this season, after they had already won the ABA Super Cup trophy for this season before.

How will the game unfold? Stay tuned on Monday and find out!

Match-up in focus: Norris Cole was brilliant in the two games in Podgorica, scoring 51 points combined in two games and leading Budućnost VOLI towards 2:2 in the series and Game 5. He will once again confront Filip Čović, who has been one of the best plyers of Crvena zvezda mts so far in this series. We are about to see who will prevail this time.

Budućnost VOLICrvena zvezda MeridianbetMatch: Crvena zvezda Meridianbet - Budućnost VOLI
Join thousands of ABA League fans in our digital community by liking us on Facebook, following us on Twitter or Instagram and subscribing to our YouTube channel.
If you like this and our other articles, make sure to sign up for the ABA League newsletter. You will be notified regarding all important news and updates on the ABA League via e-mail.
Social Media
Tweets by ABA_League