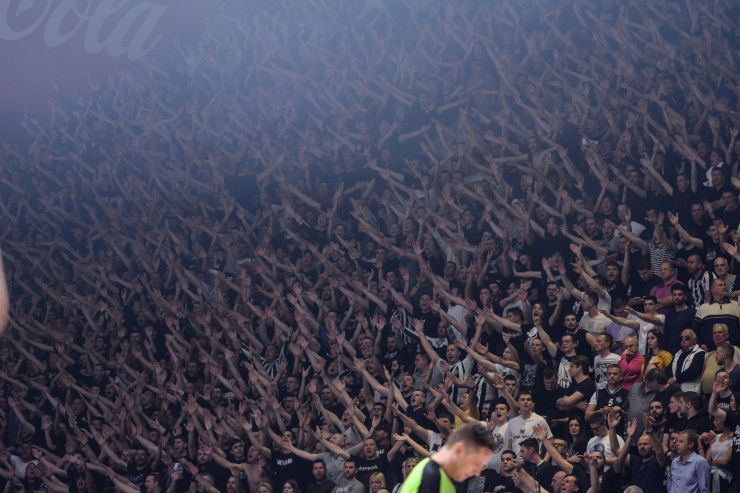 The attention of the basketball fans in our region for the flagship regional basketball competition keeps increasing, as this season we have witnessed another increase of the average attendance of the ABA League games.

This is also the second highest average attendance in the entire history of the regional competition, after the 2012/13 season (2723).

The 2018/19 season was historic in terms of the Playoffs games attendances, as the total attendance of the ABA League Playoffs games crossed 60,000 for the first time in history and was 65,118. The average of the eleven Playoffs games, played on Budućnost VOLI, Cedevita, Crvena zvezda mts and Partizan NIS courts was an impressive number of 5,920.

Just like the season before, Partizan NIS were the team with the highest home games attendance (5535 fans per game), followed by Crvena zvezda mts (4564) and Zadar (4431). However, it’s worth mentioning that Zvezda jumped ahead of Zadar thanks to their Playoffs games, with Zadar taking the second place after the regular season.

Away from home, Crvena zvezda mts turned out to be the greatest magnet for the fans, averaging 3978 fans in their away games. Partizan NIS followed with 3821 and Budućnost VOLI was third with 3592.