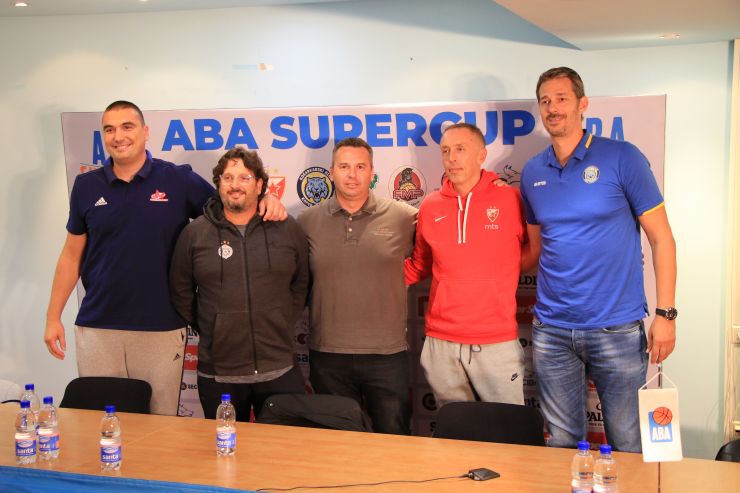 The opening game of the ABA Super Cup will immediately be a big one, as Partizan NIS will be facing Mega Bemax in the clash of the experience against youth and two teams that definitely share huge ambitions for the upcoming season, despite different paths, on which they are with their desire to reach them.

„Finally the preparation period is over. It is always too long, both for players and coaches. We have a lot of new faces in our team. It is still September and most of the teams are still trying to build team chemistry. On the other side, we are now playing against a team which is already in fantastic form, as Mega Bemax was the first one to start with trainings this summer. The Super Cup is a great way to start the new season, because the competition is fierce. This year, the ABA League will be an extremely strong competition. And the season should be very, very interesting.“

„It is an honour for me to be here at the ABA Super Cup. The last season was extremely successful one. We have succeeded in qualifying for the ABA Super Cup, which is a great success for this young team. However, this is no excuse for us, we have chosen this path and I believe that we have a very talented young team. We have started our preparations extremely early and I am very happy with the way we played this preseason. I believe that we still aren’t in fantastic shape and I believe that this is yet to come. Partizan NIS has more quality than us and if we head into the game with too much respect, things won’t end well for us.“