The last-season ABA League vice-champions Budućnost VOLI will face 2019 ABA Super Cup hosts Cibona in the tournament quarter-finals. Only one of them can advance to the next round... 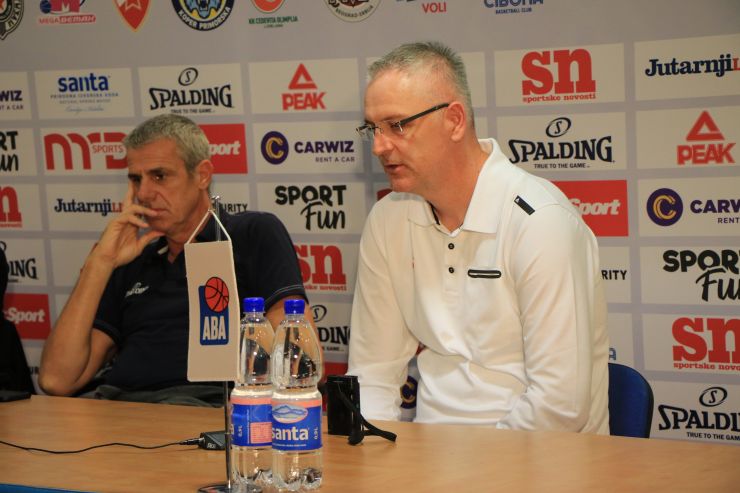 The last-season ABA League vice-champions Budućnost VOLI will face 2019 ABA Super Cup hosts Cibona in the tournament quarter-finals. Only one of them can advance to the next round...

„I believe that nobody came here to lose. That's the way you are supposed to thing and teach your players. Super Cup is a great tet, but it is perhaps too much to play three games in three days. It is tough, but we cannot change a thing. We have a good team, even though our budget decreased, which is logical, since we played EuroLeague last season and this season we are not. We are still looking for a player at positions 3 or 4 and we also have Nikola Ivanović injured. He and Barović did not come here with us. But we have several young guns, that have demonstrated at preseason games that they can play competitively and to come in as substitutions for a couple of minutes and that's a good thing to see. Budućnost VOLI is a team that always aims for the top, for victories. I have seen what kind of pressure comes with working in Podgorica, but we like to live with this kind of pressure. It is better than to be working in an environment, where everyone is satisfied with average results.“

“First of all I would like to invite all the people from Zagreb to come to Dražen Petrović Hall and watch the 2019 ABA Super Cup, as this is the best we have in the regional basketball. As far as my team in concerned, we are still far from our best shape. Some players, including Shane Gibson and Malcolm Jaleel Rhett, have just joined us, so I believe that over the time we will get better and better. Our first game will be against Budućnost VOLI and it should show us how much we can do in the clash against a top ABA team at this moment. I would be nice if we could repeat the last season’s score against Budućnost VOLI, when we defeated an EuroLeague team here in Zagreb. We will give our best to represent the club in the best possible way.”