In the first game of the ABA Super Cup Semi-finals, Partizan NIS have prevailed over ABA League newcomers Koper Primorska and have qualified for the Sunday’s final. 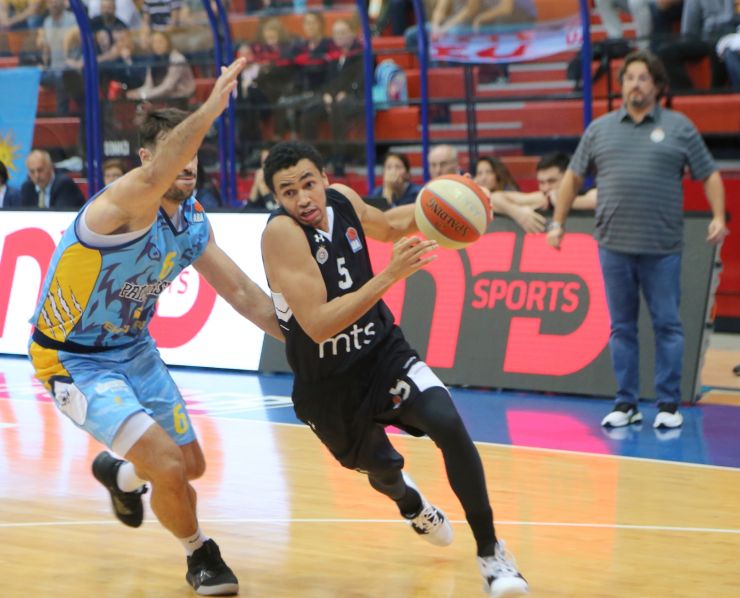 Game recap: The name of the first finalists of the 2019 ABA Super Cup is unveiled. After a tough fight of two quality opponents, Partizan NIS have triumphed over Koper Primorska in the first Semi-final game and have qualified for the Final, where they will be facing the best team of the other Semi-final pair, between Budućnost VOLI and Cedevita Olimpija. This is the first ever ABA Super Cup final for the black and white.

Key moments: Koper Primorska have opened the game strongly and have created themselves a 5-point lead by halftime. However, in the third quarter, the Steamroller have turned on their engines, won the quarter by 9 points and turned the game their way. Their lead ahead of the last quarter was four points. The Belgrade squad did not stop there and after a 3-three point play by Corey Walden and a technical foul by Jurica Golemac, their lead became double-digit (76:65) in the 33rd minute. That was the point from which Koper Primorska did not manage to return into the battle for the Final anymore.

Man of the match: Rashawn Thomas has dominated the court in the game against Koper Primorska, as he had 19 points, 12 rebounds, 2 assists, a block and a valuation of 26 in 22 minutes spent on court.