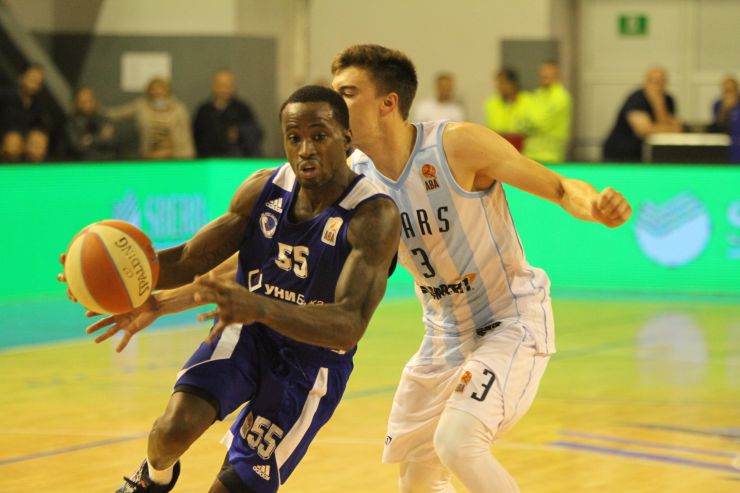 For the second time in a row, the Europcar MVP of the round is coming from the ranks of MZT Skopje Aerodrom. After Nuni Omot, now Jabarie Hinds did it this time.

At the match of the 2nd round between Spars and MZT Skopje Aerodrom, Jabarie Hinds achieved 23 points, 9 rebounds, 8 assists, 3 steals and a valuation of 33 in just as many minutes spent on court.

He had the second highest valuation of the round in the ABA League 2, behind Blaž Mahkovic of Helios Suns. However, the fact that Jabarie Hinds hasn’t just topped the stats, but also took his team to the victory over Spars, unlike the stats of Mahkovic in the game of the Helios Suns against Dynamic VIP PAY, is what earned him the Europcar MVP of the round honour.

Helios SunsBlaž MahkovicMZT Skopje AerodromJabarie Hinds
Join thousands of ABA League fans in our digital community by liking us on Facebook, following us on Twitter or Instagram and subscribing to our YouTube channel.
If you like this and our other articles, make sure to sign up for the ABA League newsletter. You will be notified regarding all important news and updates on the ABA League via e-mail.
Social Media
Tweets by ABA_League